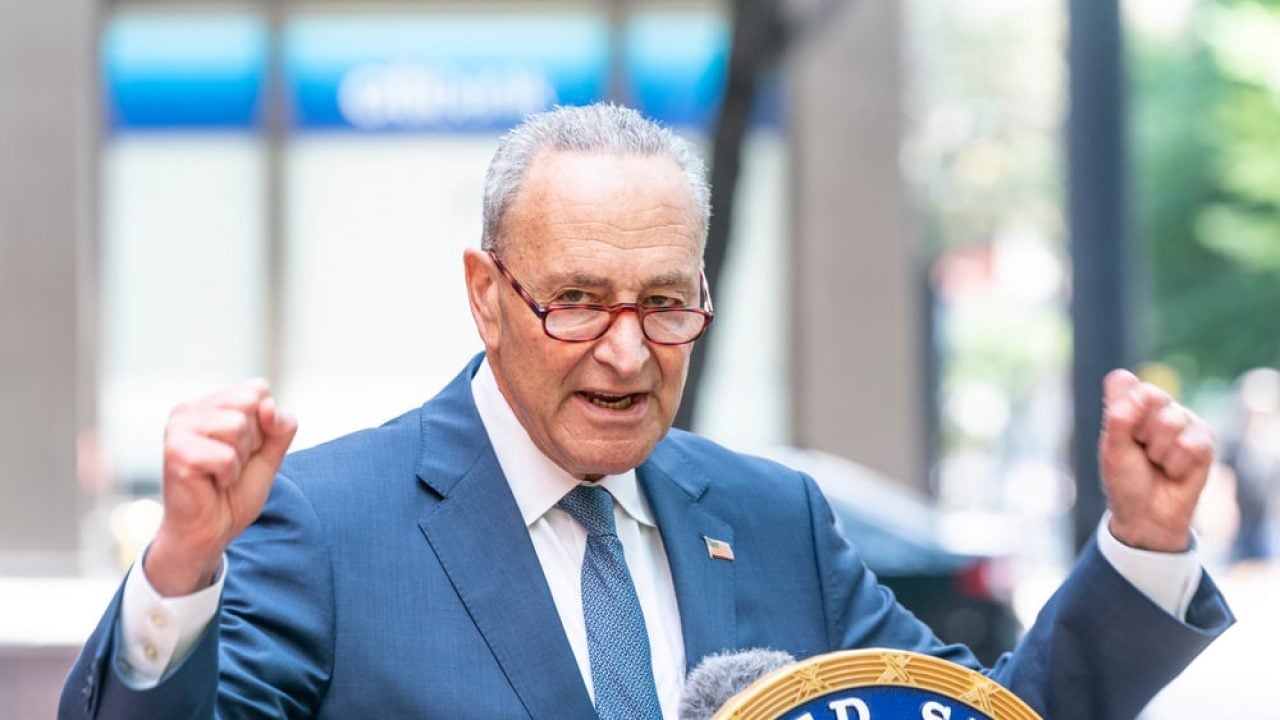 Chuck Schumer Says He Will Make Cannabis Reform a Priority

Signals indicate that the new 117th United States Congress will be much more receptive to federal cannabis reform. On January 25, the recently promoted Senate Majority Leader Chuck Schumer—who replaced Senator Mitch McConnell—said that cannabis will be among his top priorities during an interview with MSNBC’s Rachel Maddow.

Senator Schumer said that federal cannabis reform is both a racial and economic justice issue, and it cannot be delayed any further. “A young man is arrested with a small amount of marijuana in his pocket. He has a criminal record the rest of his life, can’t become a productive citizen—this one won’t hire him, that won’t hire him. Change that,” he told MSNBC. “There’s lots to do, and we have to succeed.”

In addition, in a separate interview with Al Harrington of Viola Brands, Schumer said Congress is in the process of merging a number of bills, including his own legalization bill, according to Marijuana Moment.

NORML leaders believe federal cannabis reform will have much better chances during the new administration. “With Majority Leader Chuck Schumer now the first head of the upper chamber ever to publicly support ending federal marijuana prohibition, he’s made several commitments on multiple occasions to advance legislation to repeal the federal criminalization of cannabis,” wrote NORML Political Director Justin Strekal in an opinion for The Hill.

As Strekal pointed out, in the past, Schumer introduced his own stand-alone cannabis reform legislation, including the Marijuana Freedom and Opportunity Act, and the House-passed Marijuana Opportunity Reinvestment and Expungement (MORE) Act of 2019.

As the power shifts, the Senate Finance Committee will be chaired by Senator Ron Wyden, who has been a fervent supporter of cannabis legalization. The good news is that both chambers of Congress have shifted, making them more likely to approve critical federal cannabis reform bills.