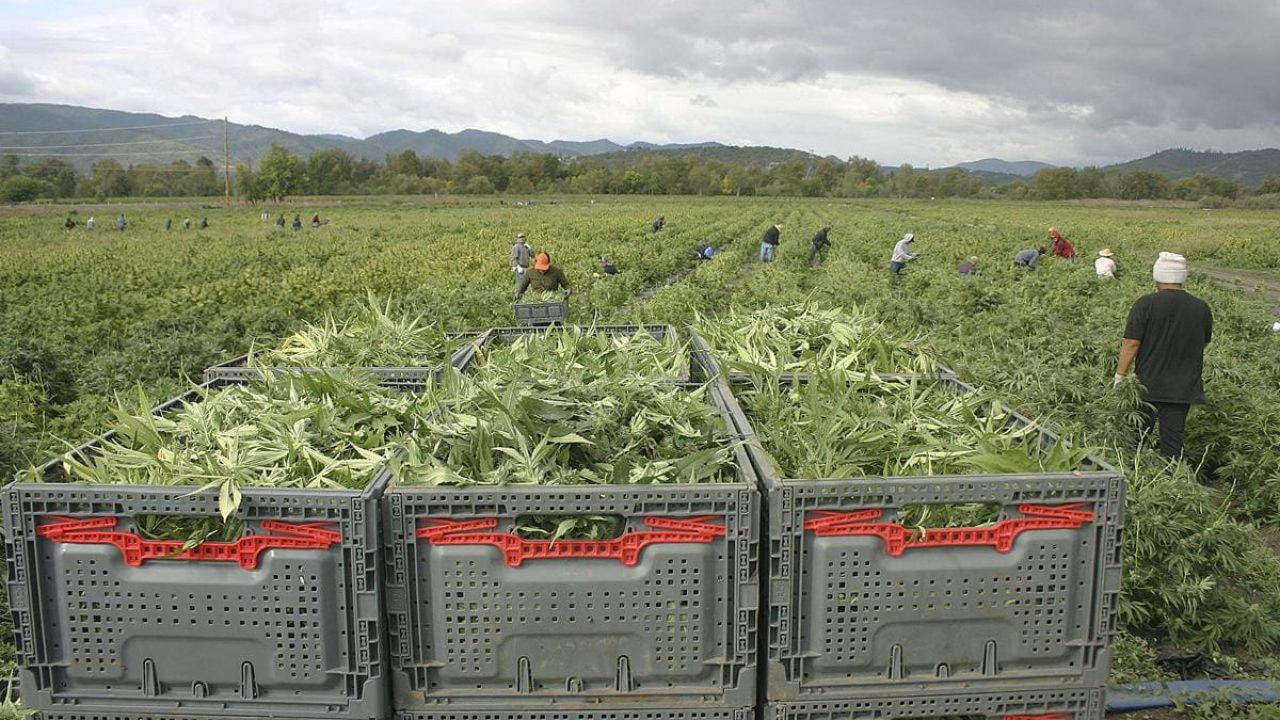 Congress is delaying implementation of new hemp production regulations for another year as part of a continuing resolution to fund the federal government through Dec. 11.
That comes as a relief to Oregon hemp farmers, who are working to finish harvesting while simultaneously hampered by wildfires and the cornavirus pandemic.
The USDA’s interim final hemp rule was supposed to go into effect Oct. 31. Instead, the agency will extend its current industrial hemp pilot program authorized under the 2014 Farm Bill through Sept. 30, 2021, keeping states’ existing hemp plans in place for the time being.

In a letter sent Sept. 29 to USDA Secretary Sonny Perdue, the Oregon Industrial Hemp Farmers Association, Oregon Farm Bureau, Oregon Family Farm Association and Southern Oregon Hemp Co-op asking for more time to weigh in on the interim final rule — especially given the extraordinary challenges of 2020.
“It’s overwhelming for the farmers,” said Courtney Moran, a lobbyist and president of the OIHFA. “A lot of them are suffering. Several of them have lost staff, or displaced staff because of the fires.”
Alexis Taylor, director of the Oregon Department of Agriculture, also sent a letter to Perdue asking to extend the 2014 Farm Bill hemp pilot program on behalf of growers.
“This crop has so much potential for Oregon growers if regulations are handled well,” Taylor wrote. “The state and the industry have learned a number of lessons during the last six years, but this year has been one of the most challenging.”
Growers were already concerned with provisions in the USDA interim final hemp rule that dictate when, where and how plants would be tested for levels of tetrahydrocannabinol, or THC, the chemical compound in cannabis that gets users high.

By definition, hemp cannot contain more than 0.3% THC. Otherwise, it is considered marijuana, which remains illegal under federal law, and the crop must be destroyed.
Pivoting from one set of production regulations to another during harvest was already worrisome, Moran said. Add to it the pressure and anguish of large wildfires that have destroyed thousands of homes, and COVID-19 disrupting supply chains, and it all became too much to bear.
“People have been in shock,” Moran said. “They have experienced things that many people have never experienced, or would want to experience.”
Not only have the fires damaged farms and processing facilities, but it remains uncertain what kind of impact heavy smoke will have on the crop. Oregon State University’s Global Hemp Innovation Center recently announced it will convene a working group to study these effects.
According to an industry report, Oregon ranks fifth in the nation for registered hemp acres at 29,604 behind Colorado, Tennessee, Kentucky and New York.
While growers appreciate having more time to weigh in on the interim final hemp rule, Moran said the groups will continue to push for the implementation to be delayed even further, through Dec. 31, 2021. Sept. 30, 2021, still falls in the middle of harvest season, which Moran said is the wrong time for a regulatory transition.
“We don’t want our farmers interrupted in the middle of harvest,” she said. “These people have worked so hard. They have invested a significant amount of capital. To have regulatory overreach in this commodity … it breeds a lot of concern, and a lot of confusion.”