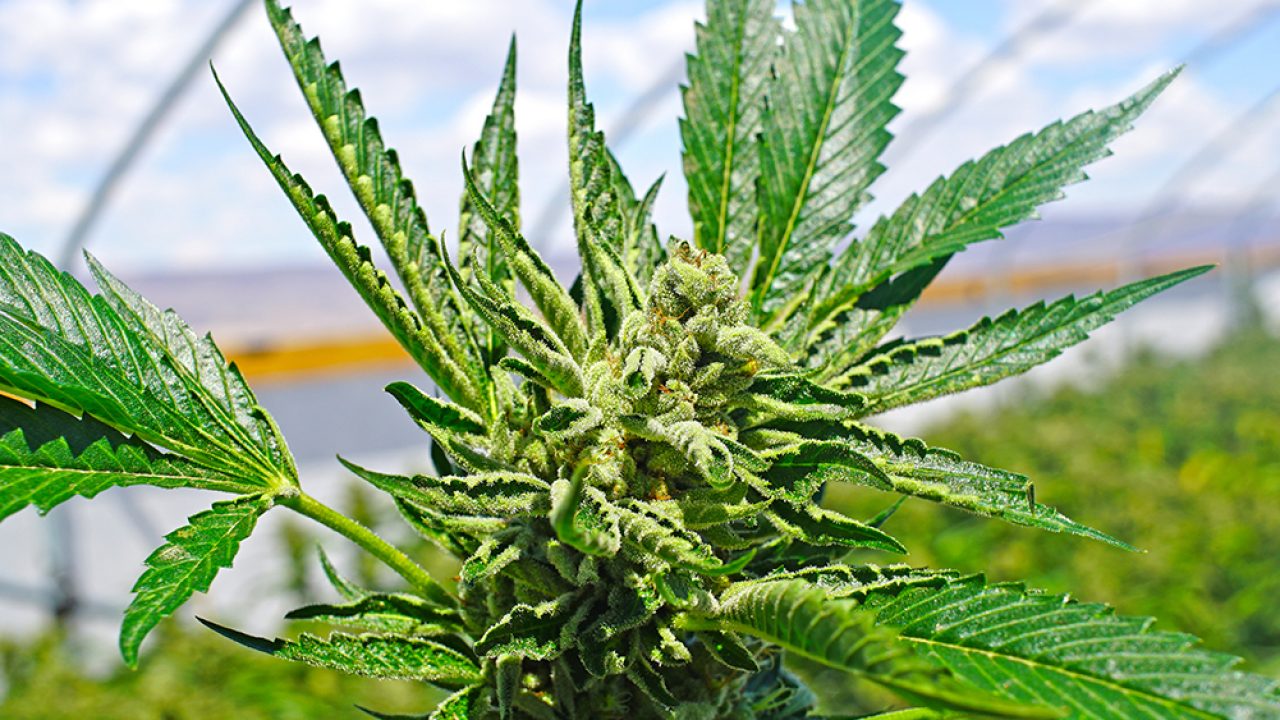 Ask almost any cannabis cultivator in California’s Emerald Triangle about transitioning from the legacy cannabis industry to the legal and licensed industry, and the one word consistently used is, “difficult.” Many people assume that because cannabis is legal, licensing and launching a start-up is easy, but that’s not the case, especially in California. Many have left the state of California to launch cannabis businesses in states that make it “easier,” like 1st Lady of the West Coast, who relocated to Nevada for the opportunity to get her exclusive genetics in cannabis dispensaries.

Journey to the Emerald Triangle: Insight into Licensing
In a recent visit to California’s Emerald Triangle, I received behind-the-scenes insight to help paint the picture of what it takes to obtain, then sustain, a licensed cannabis farm/cultivation site in California. Emerald Triangle-raised Lelehnia Dubois, the founder of Humboldt Grace who arranged the visit and tour, shared her experience growing up in the legacy market, legality insight, and the burden it places on small farms/cultivations that have been in the cannabis industry since the medical-only days.

When asked about some of the most difficult challenges and hardships for legacy growers and operators in California to transition into the adult-use (we should be saying consumption) market, Lelehnia described it as, “recovering from the trauma the drug war created.”

“Imagine your whole adult life being told what you do is dirty, bad, and illegal,” she said. “Imagine if your whole life you had to hide who you were from the world. Imagine if you could never invest in yourself for fear of being discovered. That creates a lot of trauma.”

When asked about the hardships in obtaining a license, Lelehnia said, “Most people growing cannabis on 10,000 square feet back then (before legalization) were the capitalistic-minded farmers not following the California medical guidelines. [The policy] basically said, ‘Hey all you folks not following California law, now you get to go legal,’ and now all the folks that were following the law are illegal.”

Understanding California’s Cultivation Rules & Regulations
Lelehnia was raised in the cannabis industry through its legacy days. When asked to describe her upbringing, she said:

“My mother relocated us to Trinity County in 1977, took a nursing position, and was also a midwife. By the time I was 13, she was known as Dr. Nik to many and had been a part of hundreds of births throughout the Trinity and Humboldt communities. Age 13 was the first time I witnessed a raid with military armed police officers. I started trimming at age nine to ten and by 19 hated the smell of cannabis because it reminded me of abuse, oppression, and fear. I had seen guns held to heads. I had been raped repeatedly, kidnapped, and had to hide away our lives. The smell of cannabis made me feel all of it. In 1999 everything changed and I realized it was the drug war that caused all my trauma. It was then I became an advocate.”

As an advocate lelehnia focuses on community but has had to participate in policy issues for her community. During my visit to the Emerald Triangle, she introduced multiple cultivators who are licensed, and grateful to be, but who described their journey as tough, essentially hurting them more than helping them.

There are many factors — Lelehnia talked about square footage regulations and the multiple agencies that regulate and inspect the industry.

“The current structure gives all the power to distribution,” she said. “The tax structure puts outdoor farmers in bankruptcy within the first year. In Humboldt, we made the grave mistake of starting permits at 10,000 sq ft. That forced people to go big or go home as well as totally disenfranchised the true family, small medical farmer — the 99-plant person following state law.”

Additionally, she said that multiple sets of rules and regulations have caused huge communication issues, “which puts more cost on the applicant.”

“As this is all new law and a new industry, so much is up to interpretation. One agency can interpret one way, even one clerk within an agency can interpret something totally different than another. The applicant ends up spending a lot of time and money having to prove what one person or agency said to another.”

According to Walter Wood of Sol Spirit Farms, there are four key issues facing legacy growers in the Emerald Triangle industry:

“Issue 1 — Barrier to entry into the market (BIPOC/poor)

“Issue 2 — Medical users have to pay a lot more

“Issue 4 — The taxes all stack. First cultivator tax by state, then cult tax by county, then tax when sold to retailers, then the retailer has to add state excise tax, and county and city tax, plus normal sales tax. In the end, we are paying tax on tax on tax on tax.

“The cultivation tax is paid before the sale of the product if you have your own brand,” Walter said. “We have paid $15k plus in taxes on unsold flower, a lot of which is likely to have to be destroyed soon, due to the ridiculous laws governing cannabis that has already been tested (and taxed) but not sold. “

“It has really been a legislative shit-show affecting licensing and many entities currently in operation, and many more wanting (needing) to enter the legal market,” he said. “This bill is about to cause further barriers to entry here in California. It effectively closes the door on small business, legacy operators, and many social equity applicants!”

Final Thoughts: Possible Solutions & Strategies to Lessen the Burden
There is a passion all over the Emerald Triangle, like the passion that exudes from Sequoyah Hudson of 8 Mile Family Farms and True Humboldt, who works tirelessly to promote the submission of positions letters from farmers so their voices can be heard on the issue of cannabis tax reform.

According to Sam De La Paz, “There are many bills being introduced, so many people don’t even realize it, all in an effort to protect legacy businesses and small businesses, together! We have to either be active in advocacy and policy formation, or thoroughly look into organizations, such as the Origins Council, that are active.”

Genine Coleman, founder of the Origins Council, said “This year Origins Council completed a comprehensive legal and situational analysis to identify the root cause of the serious challenges facing the state’s cannabis licensing system. The problems come down to the state licensing framework in relation to CEQA – the California Environmental Quality Act.

“Essentially, the state licensing framework takes an anomalous approach to CEQA and local land use regulation, resulting in exponential barriers to entry for modestly resourced small farmers, and the overwhelming of rural jurisdictional agencies working to satisfy the state’s environmental review and local permitting requirements for state licensing.

“Our analysis led us to develop a comprehensive set of policy recommendations to address these issues. This work, the OC CEQA Report, can be found on our website.”