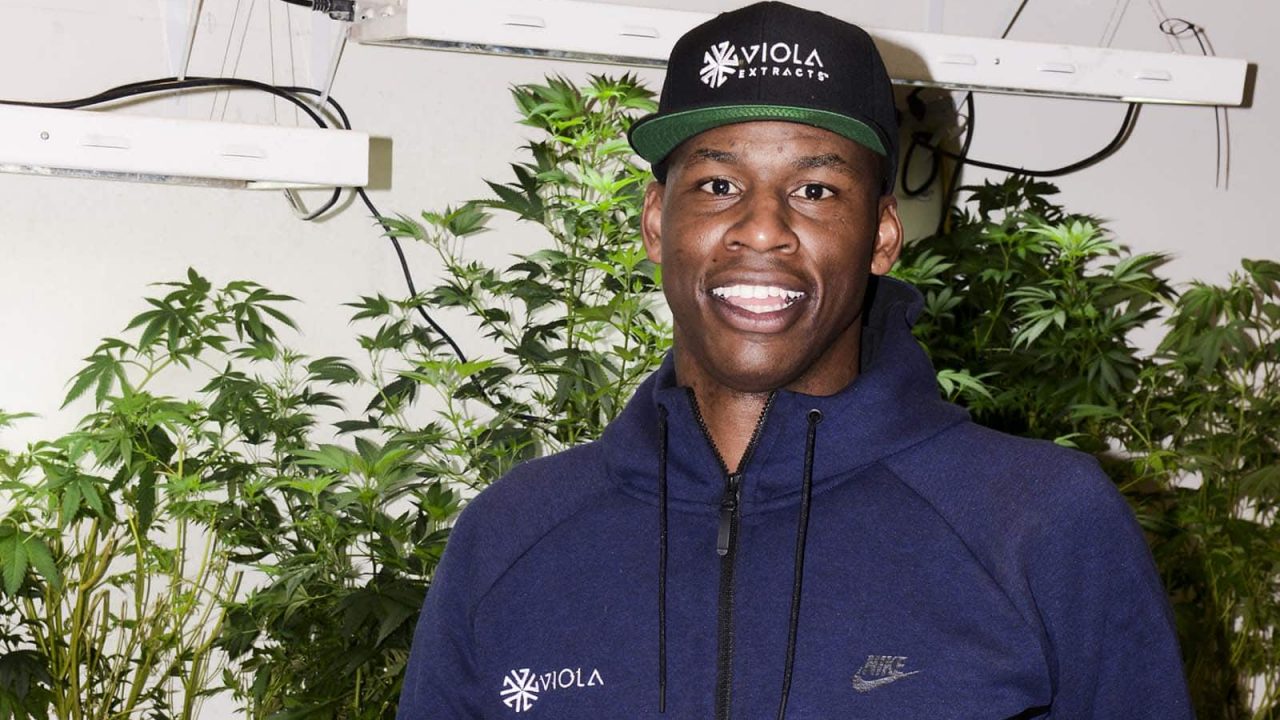 As one of the highest-profile advocates of legalized marijuana use, Al Harrington has spoken out in the past on the possible benefits of cannabis.

With five states voting to legalize the market recently (Arizona, Mississippi, New Jersey, Montana, South Dakota), he has now pointed out the importance of social equity in the cannabis industry across the country.

He has joined other high-profile celebrities and athletes, like Mike Tyson, advocating for the legalization of cannabis. However, if Tyson is building a fortune through planting it, Harrington’s motives are much more reasonable.

He started a business that produces cannabis-related products – Viola Extracts – named after his grandmother who suffered from glaucoma and diabetes. Harrington says his granny found relief after trying marijuana and that it would likely bring benefits to other people dealing with painful conditions.

Content Overview
I Who Is Al Harrington?
II Why is Harrington advocating for marijuana use?
III What Does the Future Hold?

Who Is Al Harrington?

Harrington grew up in New Jersey and in joined the NBA in the 1998 draft, after being named USA Today’s National Player in that year.

He was the 25th overall pick, drafted by the Indiana Pacers. He traded the Pacers for the Atlanta Hawks in 2004, to return to Indiana two years later. He also played for the New York Knicks, Denver Nuggets, Washington Wizards, and Orlando Magic.

He never won an NBA Ring, having been close in 2004, when the Pacers went to the Eastern Conference Finals, losing to the Detroit Pistons who would be crowned champions that year.

Individually, his best season was 2008-09, when he was playing for the Knicks and registered 20.7 points per game in the regular season. While some might argue he is one of the most overrated NBA players, the fact is that Harrington was one of the best power forwards of his time.

Al finished his career in 2015, after two short stints abroad: in China and Australia.

Why is Harrington advocating for marijuana use?

In terms of marijuana, he says that he was against it when he was younger but turned to medical marijuana in 2012, to help him to deal with chronic knee pain following a knee operation.

As he lived in Colorado, he was able to legally try remedies such as creams, which allowed him to stop using anti-inflammatory pills.

He went into business almost as soon as he retired, starting up the Viola Extracts company that cultivates cannabis across several states. The firm is named after his grandmother, who used marijuana to relieve her diabetes and glaucoma.

He has since expanded The Harrington Group, which he is the CEO of, to include Butter Baby and Harrington Wellness, while both produce cannabinoid products.

He interviewed NBA commissioner David Stern in 2017 and apparently convinced him that cannabis should now be removed from the list of banned substances. Stern said, “you’ve persuaded me” during the interview.

What Has He Said on the Subject Recently?

When asked about current changes in the American marijuana market, Harrington put the focus on social equity and an even playing field. He also asked for the cannabis market to remember the pioneers who helped forge the way even when it was illegal to do so.

Overall, Harrington spoke about the importance of there being “equity opportunities” that a lot of people can benefit from. He said that it “was about time” to remove marijuana convictions from the records of those who were arrested for having it, as has been suggested by vice-president-elect Kamala Harris.

What Does the Future Hold?

One new project that Al Harrington holds close to his heart is called Viola Builds. This is an incubator that was launched last month and that will support brands that are accepted in the program, giving them help with sales, marketing, and fundraising.

Harrington has said that the goal of this scheme is to create “100 black millionaires” in the cannabis industry. He has also pointed out that the criminalization of black communities for non-violent drug issues is a major issue that still needs to be resolved.

He stated that the key factors in ensuring equal opportunities for equity in this area are education, incubation, employment, and community outreach. Harrington said that a lack of capital, knowledge, and influence are the main barriers to those who want to enter this industry.

The legalization of cannabis in those five new states and the upcoming full vote in the U.S. House of Representatives in December mean that this subject is hot news right now.

As a long-standing marijuana champion and industry leader, Harrington is ideally placed to help shape the future of this market.