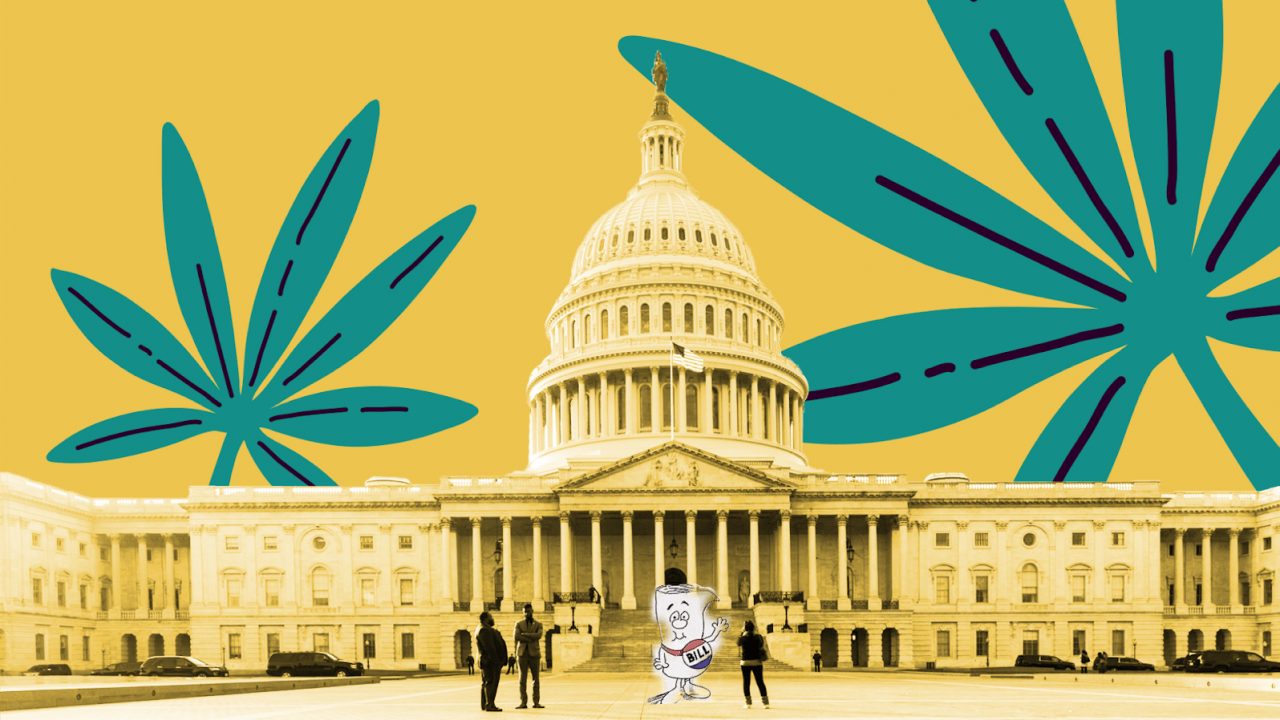 CANNABIS CULTURE –  The Marijuana Opportunity, Reinvestment, and Expungement (MORE) Act passed in the US House of Representatives, but has a long way to go before everyone is free to light up. The resolution needs to pass in the Senate, and states will still be free to regulate marijuana as they see fit.

Representative Jim Jordan (R-Ohio) summed up the Republican stance when he urged his colleagues to vote “no” on H.R.38854. “House Democrats started the week off with a hearing on letting criminals out of jail early, they end the week with a bill legalizing drugs. And they want the American taxpayers to pay for both programs.”

Representative Sheila Jacskon Lee (D-Texas) responded that “between 2001 and 2010, there were 8 million arrests—every 37 seconds—for marijuana. We’ve spent $3.6 billion on the war on marijuana. And it has not worked.”

Patchwork Laws Don’t Work Either
According to Paul Armentano, Deputy Director at NORML, “The MORE Act removes the cannabis plant from the federal Controlled Substances Act — thereby eliminating the existing conflict between state and federal marijuana laws and providing states with the authority to establish their own cannabis laws free from undue federal interference.”

But what about states where cannabis will remain illegal? Or states that do not have the resources to reconsider their cannabis policies and appropriately train law enforcement?

The confusion surrounding hemp laws in the US since the plant was deregulated in 2018 may foreshadow the same trouble for cannabis.

Hemp and CBD are mostly legal in every state but one. However, interpretation and implementation have almost entirely been up to local law enforcement.

Police in Texas bragged about their big bust of legal hemp on Facebook – Taken from Miami New Times.jpg

People transporting large amounts of hemp are still dealing with arrest and seizure of property, with some stations bragging about their big bust on social media. Others have been arrested for possessing CBD despite the fact that they can purchase it at their local vitamin shop.

A North Carolina grandmother was arrested at the gates of Disney World in May, 2019, when security found a bottle in her purse. Hester Jordan Burkhalter, 69, told Fox 35 in Orlando, “I have really bad arthritis in my legs, in my arms and in my shoulder. I use it for the pain because it helps.”

She had a note from her doctor and from the manufacturer of the CBD, but it didn’t matter.

Globally Comprehensive, Locally Inadequate
“This is an opportunity to strike a blow against the failed war on drugs, that has literally destroyed hundreds of thousands of young Black lives,” US Representative Earl Blumenauer (D-OR) said on the House floor recently.

In addition to creating a pathway for expungement and case reviews for those charged with federal cannabis crimes, the MORE Act specifically sets up a trust fund benefitting various programs and services for individuals and businesses in high impact communities.

It makes denial of federal benefits based on prior cannabis convictions illegal, and it provides funding for small business loans that make it possible for the average person to get into the cannabis business—not just corporations with millions of dollars to invest.

However, little of this matters in states where cannabis remains either illegal or in the same grey area as hemp.

Anyone who has been charged with a cannabis-related crime at the state level will still have to go through the state’s process for expungement if that is an option; and no one will have access to a small business loan to open a cannabis dispensary where state law prohibits it.