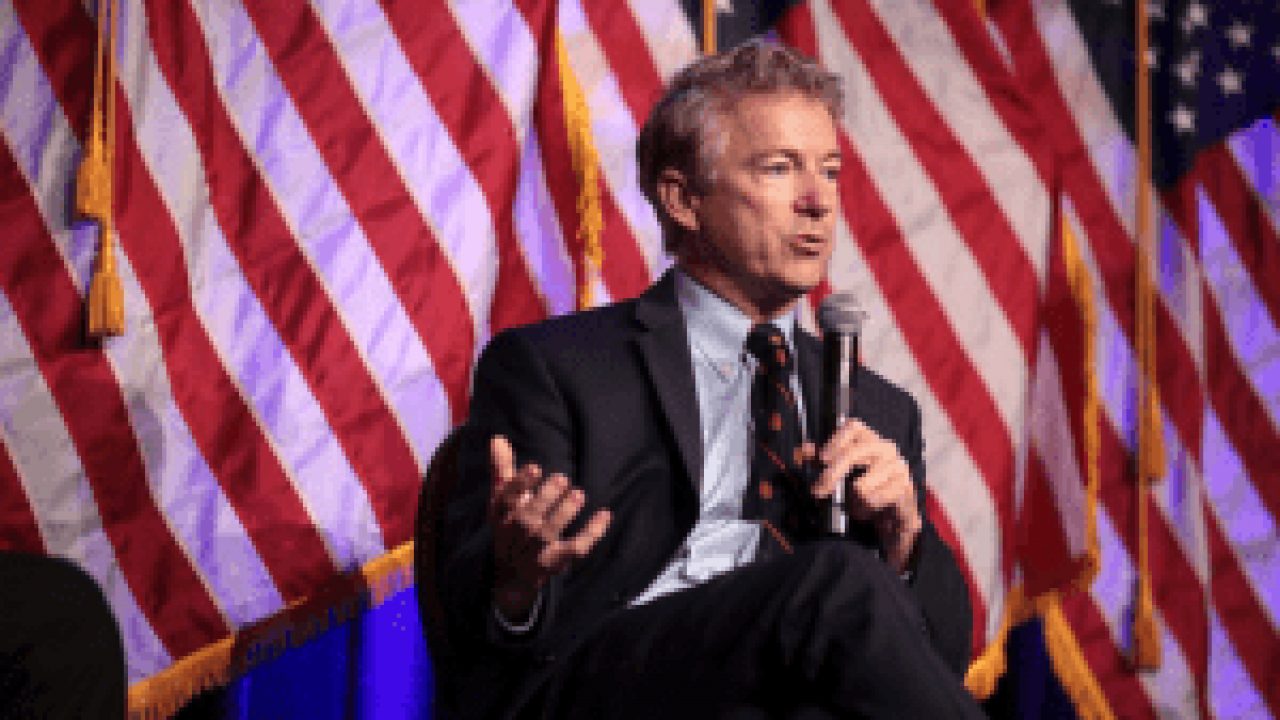 Proposal in USA would lift THC barrier for hemp to full 1.0%

A U.S. senator has proposed an amendment that would raise the allowable THC level for industrial hemp in the USA from 0.3% to a full 1.0%, following a global trend in which many nations are adopting higher THC standards.
Hemp stakeholders have long complained that the 0.3% THC level is too low, causing problems with “hot” or over-the-limit crops that in most cases must be destroyed. Also, higher THC levels would be positive for the CBD sector as CBD rises in industrial hemp in proportion to THC.
The proposal is included in the Hemp Economic Mobilization Plan Act of 2020 (HEMP Act) an amendment to redefine hemp in a previous law, the Agricultural Marketing Act of 1946. The amendment was put forth by Senator Rand Paul, a Republican from Kentucky.
‘Weighing down farmers’“There is still work to do to prevent the federal government from weighing down our farmers with unnecessary bureaucratic micromanaging,” Paul said in a statement, noting the proposed amendment has support from the American Farm Bureau Federation, a trade group.
U.S. politics is likely to determine the fate of any such change, said U.S. cannabis consultant Richard Rose when asked about the amendment’s potential for passage: “If the Senate flips next month, it may happen real fast,” Rose said. “While legalizing weed, they might be in a charitable mood for hemp,” he said of U.S. lawmakers.
The (lower) House of Representatives has already passed the MORE Act, voting to decriminalize cannabis on a 228-164 vote Dec. 7, 2020. The proposed law, which would cancel non-violent federal marijuana convictions, stands little chance of passage in the Senate unless the Democrats pick up the two Senate seats in an upcoming special election in Georgia. If they do, the lawmaking environment could favor Paul’s proposal to lift the THC limit for hemp to 1.0%, Rose suggested.
Paul’s 2020 HEMP Act would also set a margin of error based the 1.0% THC limit; neither current law nor the United States Department of Agriculture has yet to establish such a tolerance level. The Act would also switch testing for THC levels from the plant itself to the final hemp-derived product intended for the consumer.
Trend to 1.0%The current 0.3% barrier – essentially drawing a line between marijuana and industrial hemp, was set in 1987 based on a highly recognized study by American plant scientists Ernest Small and Arthur Cronquist carried out in the 1970s on behalf of the International Association for Plant Taxonomy. That study, based on the dry weight of hemp flower material, established 0.3% THC as the barrier differentiating Cannabis sativa (industrial hemp) from Cannabis indica (marijuana). Even Small has admitted that his and Cronquist’s conclusions setting the marker between hemp and marijuana was arbitrary.
The 0.3% THC limit had been widely observed around the world before Uruguay broke ranks in 2013, establishing the border between marijuana and hemp at 1.0% THC. Other countries have followed suit, among them South Africa, Malawi, Thailand, Ecuador, Mexico and Argentina. Some states in Australia also operate under a 1.0% THC limit; non-EU member Switzerland has an established 1.0% barrier for THC in hemp. The limit in the European Union was recently increased from 0.2% to 0.3% THC.
The 0.3% THC limit was set in the United States when the U.S. Farm Bill of 2014 allowed American growers to re-start the industry there, and was reasserted in the 2018 Farm Bill that legalized hemp federally.
Problems with 0.3% THCMaintaining 0.3% THC has been problematic for some U.S. farmers, many of whom are restricted to a 15-day harvesting window. Paul said current rules do not anticipate the time it takes to harvest a crop, potential testing backlogs, and environmental factors that farmers cannot control. Such factors affect final levels of THC in hemp when it is collected from the field.
The 2020 HEMP Act would also protect hemp farmers, processors, and transporters by requiring hemp shipments to contain a copy of the seed certificate showing the hemp was grown from 1.0% THC seed.
Rose said the proposed Amendment “does move the discussion forward,” but said further changes to hemp laws are still needed. “It would be better if it mandated non-decarb testing, granted CBD and hemp flower products such as smokable hemp GRAS (“generally recognized as safe”) status to FDA (Food & Drug Administration), and allowed pot felons in hemp,” he said.
Kentucky stakeholders happyKentucky hemp stakeholders welcomed the proposed amendment.
“The HEMP Act has the potential to improve upon the highest priority issues for hemp growers, processors, and labs, while making sure to keep our consumers safe as well,” said Katie Moyer, Owner of Kentucky Hemp Works.
“We believe that loosening up some important interstate business requirements are a much-needed step toward more prosperous times in the hemp economy,” said Kentucky Hemp Association President Tate Hall.

Paul, the Senator, has been a leader on hemp among U.S. legislators, working closely with stakeholders in his home state of Kentucky and in Congress in support of the crop. He started proposing hemp legislation in 2005 and has repeatedly put forth initiatives to advance the sector’s development.