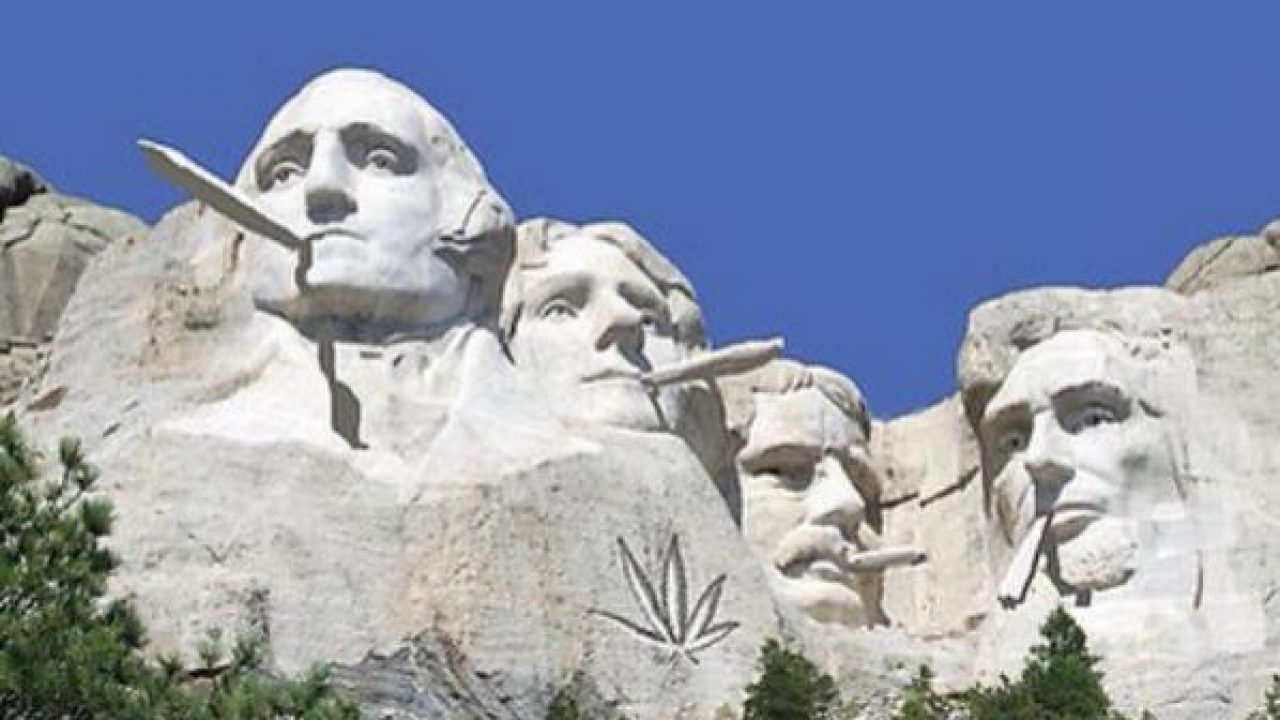 South Dakota may well become the first US state to legalize medical and adult-use cannabis at the same time, according to the results of a recent poll.

On November 3rd, voters in the Mount Rushmore State will be presented with two major cannabis reform initiatives. The first of these, IM26, is a statutory measure that would legalize medical cannabis for patients suffering from debilitating medical conditions. If approved, this measure would allow patients to purchase up to three ounces of medical pot from a licensed dispensary, or to grow at least three plants at home.

The other ballot measure, Amendment A, would legalize adult-use cannabis. Adults would be allowed to possess and distribute up to an ounce of pot and grow up to three plants at home. The proposal would also create a taxed and regulated retail market, imposing a 15 percent sales tax that would be used to fund state resources. This ballot measure would actually amend the state’s constitution, which would prevent conservative lawmakers from making retroactive changes to either the medical marijuana or adult-use initiatives.

Local prohibitionists responded to the perceived threat of legal weed by forming an anti-legalization advocacy group called the No Way on A Committee. At the end of June, this group polled local voters to discover whether these measures had a chance of success. Much to their chagrin, the anti-weed activists found strong majority support for each measure. Over 70 percent of voters said they would vote for the medical marijuana measure, and around 60 percent said they would vote to legalize weed completely.

The group did not release much info on the poll, but did note that 26 percent of voters said that they supported the adult-use campaign because they believed in the medical powers of cannabis. Another 19 percent said that legal weed would “help people,” and another 13 percent said that they are down with weed because it “treats conditions.”

Faced with this strong show of support, No Way on A has turned to the usual prohibitionist tactics of disinformation and fearmongering to discourage support. “The proponents of Amendment A are deceiving voters by claiming it’s about providing pain relief for veterans, and that it’s the only way to protect the medical marijuana measure from being amended, but that’s just a smokescreen for legalizing recreational weed—making sure anyone here can get high anywhere, anytime,” said David Owen of No Way on A, according to Marijuana Moment.

Owen also claimed that the adult-use initiative would put “weed dispensaries on Main Street and [allow] drug use in public places with families & children.” This is entirely untrue, as the amendment – like every other adult-use cannabis law – specifically bans the use of cannabis in public, on school grounds, inside vehicles, and in any place where tobacco smoking is illegal.

Mississippi voters will also be faced with two different medical marijuana measures this year: a comprehensive one supported by activists and a more restrictive version created by conservative lawmakers. Arizona, New Jersey, and Montana will be voting on adult-use legalization this year as well.