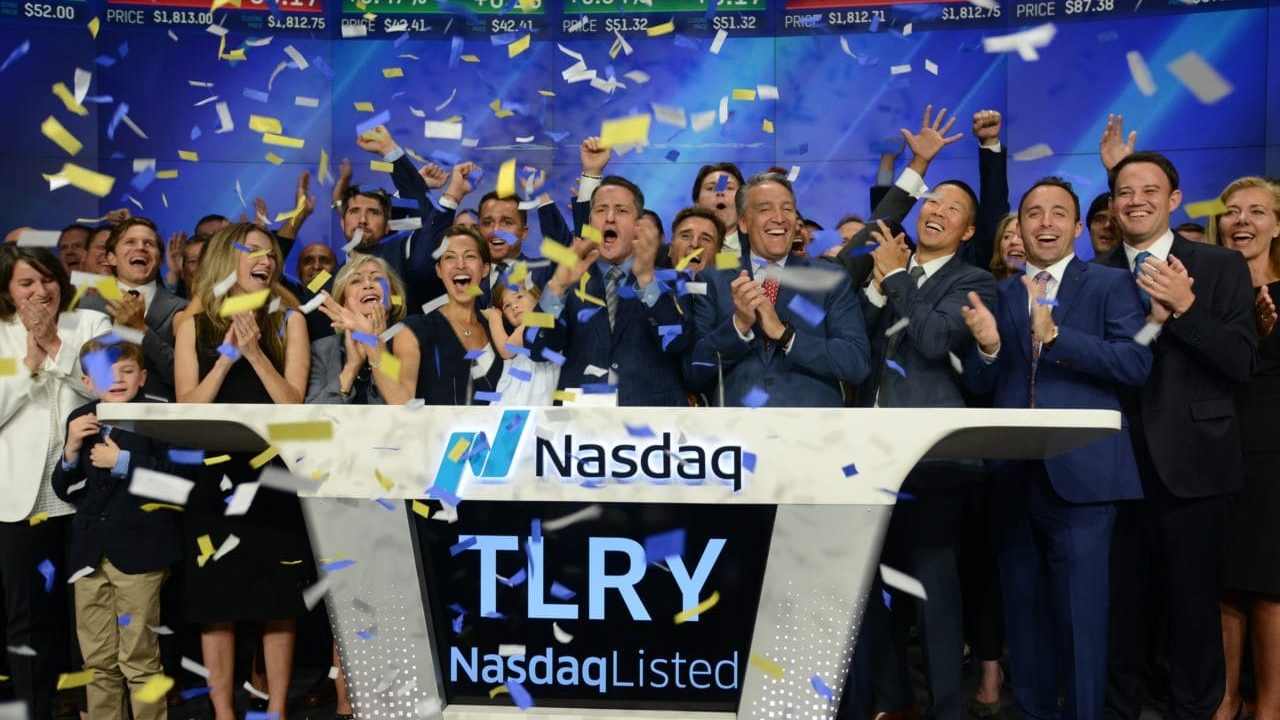 Tilray, Inc. (Nasdaq: TLRY) reported financial results for the full fiscal year and fourth quarter ended December 31, 202 following the close of the market on Wednesday.
The company said that total revenue increased 20.5% to $56.6 million versus the fourth quarter of 2019. Cannabis segment revenue increased 46% to $41.2 million, mainly driven by the acceleration of International Medical sales (+191%) and Canadian Adult-Use sales (+49%). Canadian medical sales grew 26% and there were no bulk sales to other licensed producers.

Brenda O’Farrell, senior analyst at Investing.com said, “With Tilray poised to become the biggest cannabis company in the world since announcing its merger with Aphria in December, all eyes in the sector were on the company’s fourth-quarter earnings unveiled after the close on Wednesday. And the company did not disappoint. In fact, it offered a stellar performance, beating analyst estimates, while showcasing its international reach.”

The company said that the average cannabis net selling price per gram increased to $5.97(C$7.99) compared to $1.88 (C$2.52) in the fourth quarter of 2019 and decreased from $6.15 (C$8.15) in the third quarter of 2020. Tilray attributed the increase versus 2019 to a continued shift in distribution channels and product mix, including growth in International Medical sales, a shift in sales to higher potency and higher-priced products in the Adult-Use market, and the continued growth of Cannabis 2.0 products in Canada. The decrease from the third quarter of 2020 was due to the accelerated sales growth of cannabis flower products in the Canadian Adult-Use channel during the fourth quarter of 2020.

“Over the course of 2020, and despite COVID-19 related challenges, we transformed and strengthened Tilray, delivered solid full year results, significantly reduced net loss, and achieved our stated goal of delivering break even or positive Adjusted EBITDA in Q4 2020,” said Brendan Kennedy, Tilray’s Chief Executive Officer. “We did so by generating meaningful revenue growth across our core businesses, particularly international medical and Canadian adult-use in Q4, and reducing costs by $57 million on an annualized basis compared to Q4 of 2019. As a result, we now operate with a more focused, efficient and competitive cost structure. We also strengthened our balance sheet and positioned Tilray for growth and success in the future in combination with Aphria.”

O’Farrell went on to say, “As the cannabis sector overall continues to find its footing, one of the big questions the industry is wrestling with is: Is bigger better? Well, Tilray’s results are taking the guesswork out of that query. And investors were quick to notice. Tilray shares shot up more than 10% in after-hours trading. And although one quarter doesn’t make a trend, the winds are in the sector’s sails, as optimism linked to U.S. federal legalization continues to blow.”

Piper Sandler analyst Michael Lavery cut his Tilray rating (TLRY) to neutral from overweight citing the unlikelihood of further upside given the current valuation. The stock was lately trading at $31 far from its 52-week high of $67. Still, the analyst raised his price target from $15 to $26. Lavery said he believes that the merger with Aphria will improve profitability, deal synergies, and lead to an increase in higher-margin international sales. But he expressed concern that it could still be a year or two before marijuana is legally allowed on a federal level in the U.S. “and there is still little visibility on THC’s plan to enter U.S. THC markets.”