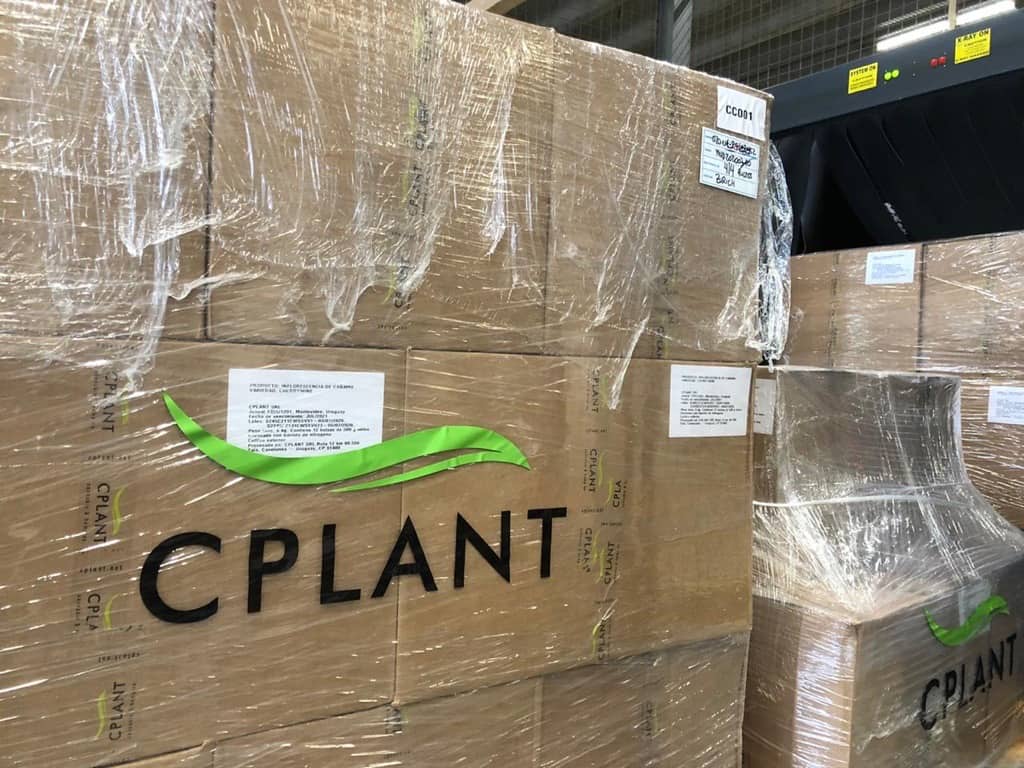 CPLANT, a hemp producer in Uruguay, has successfully sent half a ton of low-THC hemp flower to Switzerland via Germany, shipping what appears to be the South American country’s first major commercial export of CBD flower to Europe.

The shipments of 442 kilograms of low-THC flower were sent on July 17 at a listed price of $81,668, or an average of $185 per kilogram, according to official customs information.

The shipments arrived in Switzerland this week, Sergio Vazquez, head of the country’s Technical Advisory Department for the Ministry of Livestock, Agriculture and Fisheries (MGAP), confirmed via Twitter.

According to CPLANT co-founder and CEO Lucas Crivilone, officials at Uruguay’s embassies in Switzerland and Germany spoke with the customs and narcotics regulators in both countries to facilitate the shipments. In Germany, the THC content of industrial hemp cannot exceed 0.2%, but officials there agreed not to seize the shipment of the products to Switzerland, where the threshhold stands at 1%, Crivilone said.

Uruguayan customs data confirms that CPLANT also shipped 82 kilograms of hemp flower on July 22, which is expected to arrive by Saturday, Crivilone said. This later shipment was registered with customs authorities at a value of $19,660, or $240 per kilogram.

According to Crivilone, CPLANT has ambitions to sell 14 tons of flower this year: 10 tons from its own production, and 4 tons produced by around a dozen small producers in Uruguay.

“Our company has the infrastructure to do the processing of the material, to dry the product, to pack the product – and we have the clients, too,” Crivilone said. “So we help the small producers here in Uruguay.”

The company plans to ship around 1-2 tons per week, he said.

The CEO declined to identify the buyers for the shipments but said CPLANT has more than 10 of them who will use the flower for smoking and industrial use.

“Our prices are lower than what they can reach in Europe or America,” Crivilone said. “We have a big portfolio across Europe, and we see huge demand for this product.”

Thanks for joining us today for our latest news update. If you have any questions or comments about this post, we’d love to hear from you in the comments! Join the FindHempCBD.com newsletter to stay up to date on the latest Industry News and check back soon for our next news story!

Disclaimer: This content was was sourced and duplicated from HempIndustryDaily.com. In order to maintain the safety, functionality, and integrity of FindHempCBD.com, the sourced content may have been altered. To access the original content, please click the link below:
Uruguay hemp seller ships half ton of low-THC flower to Switzerland via Germany