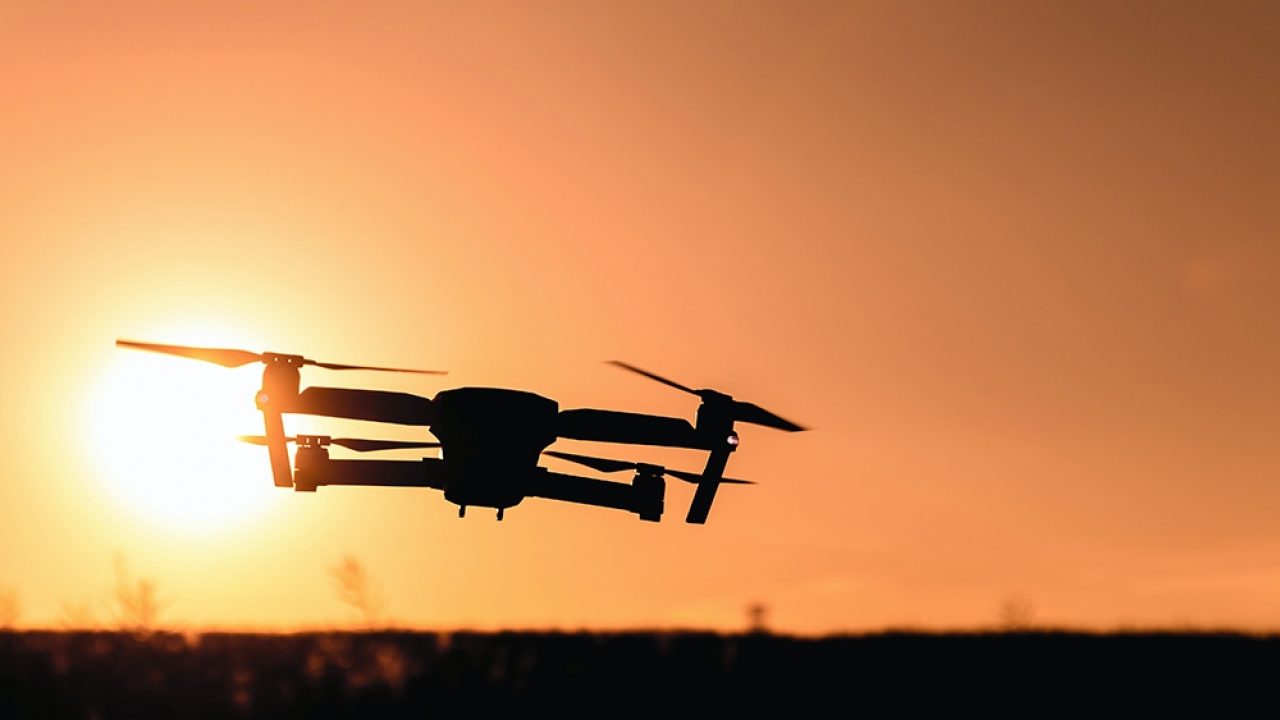 Cannabis activists in Israel recently went high-tech as well as extremely brazen and deployed a drone of drop hundreds of bags of their favorite controlled substance over Tel Aviv’s central Rabin Square. Cannabis is widely used in Israel and the aerial drop sparked a frenzy on the ground once onlookers realized what was in the plastic baggies.

Manna From Heaven
The bags, printed with the words “Free Love” and the image of a green heart, contained what looked to be about two grams each, according to accounts and images provided by the Jerusalem Post and Jewish Telegraphic Agency.

The Sept. 3 stunt, dubbed the “Rain of Cannabis Project,” was organized by a group calling itself Green Glider and orchestrated through the popular encrypted messaging app Telegram. An announcement distributed through the app said the drops will continue—with 1 kilogram (2.2 pounds) of cannabis, divided into two-gram bags, to be dropped each week in a different part of the country.

Taunted the statement: “Is it a bird? Is it a plane? No, it’s the green drone, handing out free cannabis from the sky… Enjoy, my beloved brethren, this is your brother pilot, making sure we all get some free love.”

The statement also addressed the imminent threat of a lockdown as Israel is hit hard by a second wave of the COVID-19 outbreak, saying that the situation “requires thinking outside the box and coming up with new ways of getting cannabis to consumers.”

In their own statement, the Israeli police said they suspected the baggies were filled with “a dangerous drug,” and that officers managed to recover dozens of them. The police announced shortly after the drone-drop that two suspects had been arrested for the incident, both men in their 30s.

As CTech website reported, last December Israel’s police force cracked down on a cannabis distribution network called Telegrass, which had been operating via the Telegram app. It was part of an internationally coordinated operation, with 42 arrests carried out in Israel, Ukraine, Germany and the United States.

Progress in the Promised Land
The drone escapade certainly demonstrated the degree of public enthusiasm for marijuana in no uncertain terms. Israel has been steadily increasing political space for cannabis over the years, even under the right-wing rule of Prime Minister Benjamin Netanyahu—and there has even been talk of it becoming the third country to embrace adult-use legalization, after Uruguay and Canada.

In July 2018, Israel’s parliament, the Knesset, overwhelmingly passed a cannabis decriminalization measure sponsored by the ruling conservative government. This fruit of a long campaign by activists, however, remains tentative. The law was written with a sunset provision—to expire in three years, pending a review of the policy’s impacts. So there is one year to go. Meanwhile, criminal penalties have been replaced with fines for quantities of up to 15 grams (about half an ounce).

The medical marijuana program is growing fast, and in that regard Israel is considered a world leader. Cannabis patient numbers in Israel have reached a record high in 2020, breaking the 60,000 mark, according to a study by the UK-based legalization think-tank Prohibition Partners. However, the report notes that “compliance issues for local producers have hamstrung the domestic market with imports rising to avoid shortages and meet the rising demand.”

Nonetheless, cannabis exports are foreseen, and last year the Knesset passed a law permitting them. When the law took effect in February 2019, share prices of Israel’s cannabis companies soared on the Tel Aviv Stock Exchange.

Israeli scientists are even undertaking research into the possible use of cannabis to treat COVID-19. The study, being carried out by Israeli cannabis research and development firms Eybna and CannaSoul, is looking into the potential efficacy of cannabis terpenes in treating coronavirus infections, according to the Jerusalem Post. A terpene known as NT-VRL has been identified as showing promise to ease the inflammatory conditions that can lead to death in COVID-19 patients.

Research has already demonstrated CBD’s ability to affect cytokines—proteins involved in cell signaling that are found to be especially critical in inflammation and immune response. In COVID-19 patients, the immune system can overreact and release too many cytokines, creating a so-called “cytokine storm.” This, in turn, can result in severe lung damage and acute respiratory distress syndrome.

Eybna is said to be experimenting with terpene-heavy strains such as Strawberry Diesel and Pineapple Express, believing that such cannabis phytochemicals may even have antiviral properties.

Strange Political Bedfellows
An illustration of how cannabis has been embraced by Israel’s political establishment — two former prime ministers are now involved in the industry. Ehud Barak of the Labor Party, who ruled the country from 1999 to 2001, was appointed in 2018 as chairman of InterCure, holding company for cannabis cultivator and product developer Canndoc Pharma. Last year, Barak was joined in the industry by Ehud Olmert of the ruling right-wing Likud (Unity) party, who served as prime minister from 2006 to 2009. Univo Pharmaceuticals, one of the country’s major cannabis producers, announced last April it had named Olmert as a consultant.

Cannabis legalization also became a central issue in the April 2019 elections. But in a proverbial case of strange bedfellows, legalization was aggressively taken up by the far right. Moshe Feiglin, a West Bank settler who broke from Likud to form the new Zehut (Identity) party, played to the youth vote with a cannabis legalization platform.

In the end, however, Feiglin only helped split the right-wing vote, leading to a tie between Likud and a more centrist coalition. This, in turn, opened a long period of political deal-making, in which the legalization issue was quickly shunted aside.

Cannabis legalization as a political platform in Israel has traditionally been the domain of the Ale Yarok or the Green Leaf Party. This idealistic, single-issue effort has yet to gain any seats in the Knesset, but has helped move the debate in the right direction.

TELL US, do you think Israel will legalize soon?