An Introduction to the Endocannabinoid System (ECS) 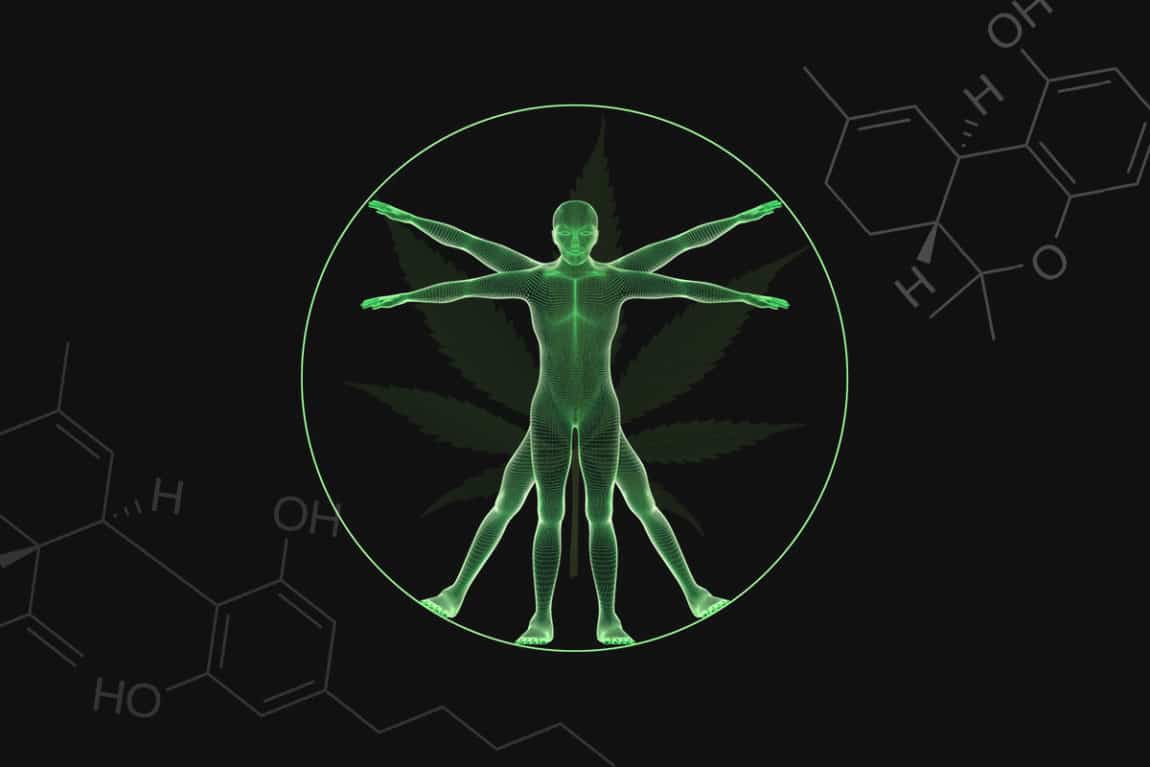 Did you know that there is a system within the body designed to process cannabinoids like Cannabidiol (CBD)? It’s called the endocannabinoid system, or ECS, and it is one of the most amazing components of the human body.
To fully understand how CBD works and the ways it can help the body, it’s crucial to first understand what the endocannabinoid system is, how it works, and where it operates throughout the body.
Lucky for you, that’s exactly what we’ll be discussing in this article!

What Is the Endocannabinoid System?

The ECS is a cell-signaling system that was first identified in the 1990s. It was named for cannabinoids, which are the compounds in the cannabis plant that interact with the body. Researchers have identified more than 100 different cannabinoid compounds, and each have a different effect on the body. Two of the most well-known cannabinoid compounds are THC, the psychoactive compound in marijuana, and CBD, a non-psychoactive compound that is commonly used to help with a number of ailments.
The endocannabinoid system doesn’t rely on these external compounds to function, though. Even if you have never consumed THC or CBD, your endocannabinoid receptors are working hard to keep your body healthy. The system plays a key role in maintaining homeostasis, which is your body’s way of keeping everything in balance. Endocannabinoids help to stabilize the body whenever it gets thrown off. For example, the system helps with regulating your hormone levels, your temperature, and your heart rate. If something isn’t working just right, your body will activate the endocannabinoid process to correct the problem.

The Parts of the ECS

There are three main parts to this system: endocannabinoids, receptors, and enzymes.

Functions of the Endocannabinoid System

Experts are still trying to figure out exactly how this system works. They know it is involved in a number of the body’s functions, but they do not yet have a complete list of all of the roles endocannabinoids play.

Studies suggest that endocannabinoids are linked to the following processes and systems:

Researchers believe that the endocannabinoid process is activated anytime one of these functions has a problem. Whenever something in the body is thrown off balance, the body produces endocannabinoids to help return itself to normal.

CBD, THC, and the ECS

Cannabis products stimulate the endocannabinoid system, which is why so many experts believe that the plant has medicinal qualities. Although cannabinoid molecules function similarly to endocannabinoids, they may have a more powerful effect on the body. However, each type of compound has a different effect.

THC, one of the main compounds in marijuana, binds to both CB1 and CB2 receptors. This is why it has psychoactive effects as well as physical effects on the body. For example, research suggests that THC may help to decrease pain and stimulate appetite. It also may cause anxiety and paranoia in some people, though.

CBD, or Cannabidiol, is an important cannabinoid found in hemp and cannabis, which are the two primary classifications of cannabis. CBD does not interact with the body’s endocannabinoid receptors in the same way THC does, so it doesn’t make you feel high. However, many people have reported a wide variety of health benefits from consuming CBD, including decreased pain, inflammation, nausea, and anxiety. Some researchers believe that CBD prevents endocannabinoids from being broken down, and some believe that the compound binds to a receptor that has not yet been discovered.