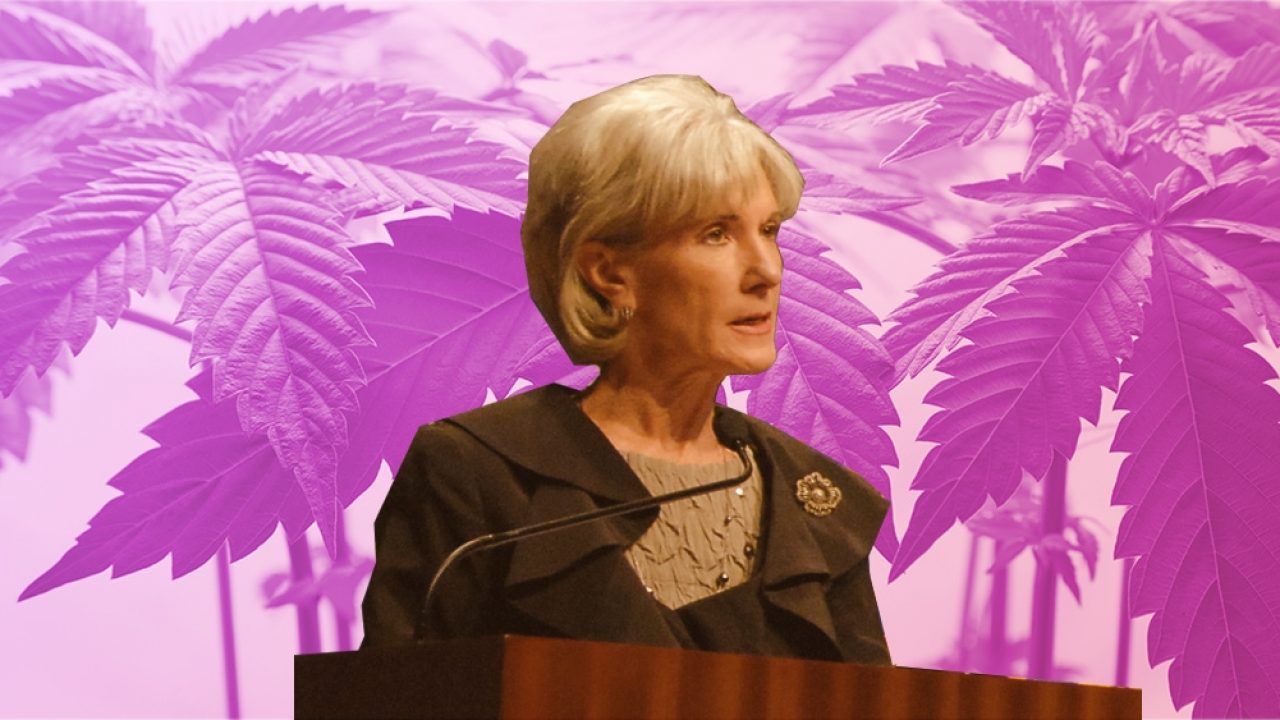 “There is still really a federal framework that makes this growing industry very difficult to operate [in]. That is a considerable concern to me. I think this is a moment of opportunity to really talk about some rational federal policy.” – Sebelius to Politico

Sebelius added that she doesn’t see legalization “necessarily as a Democratic or a Republican issue,” noting that “voters across the country have indicated a willingness and an interest in moving to a new stage with cannabis.”

A Gallup poll from last November found 68% of Americans supported cannabis legalization – the highest level ever recorded by the pollster since it started asking the question in 1969. The poll found support for the reforms by 83% of Democrats, 72% of independents, and 48% of Republicans.

Sebelius is also a former Democratic governor from Kansas – one of just three states that have no legal cannabis. Earlier this month, however, Gov. Kelly Chambers (D) proposed allowing medical cannabis in the state and using funds derived from the industry to pay for Medicaid expansion. Chambers had included medical cannabis reforms in her campaign platform.

Sebelius is currently the CEO of Sebelius Resources LLC and serves on the boards of directors for Devoted Health, Exact Sciences, Myovant Sciences and other private health sector interests. She also co-leads the Health Strategy Group for the Aspen Institute and works on policy with the Kaiser Family Fund.