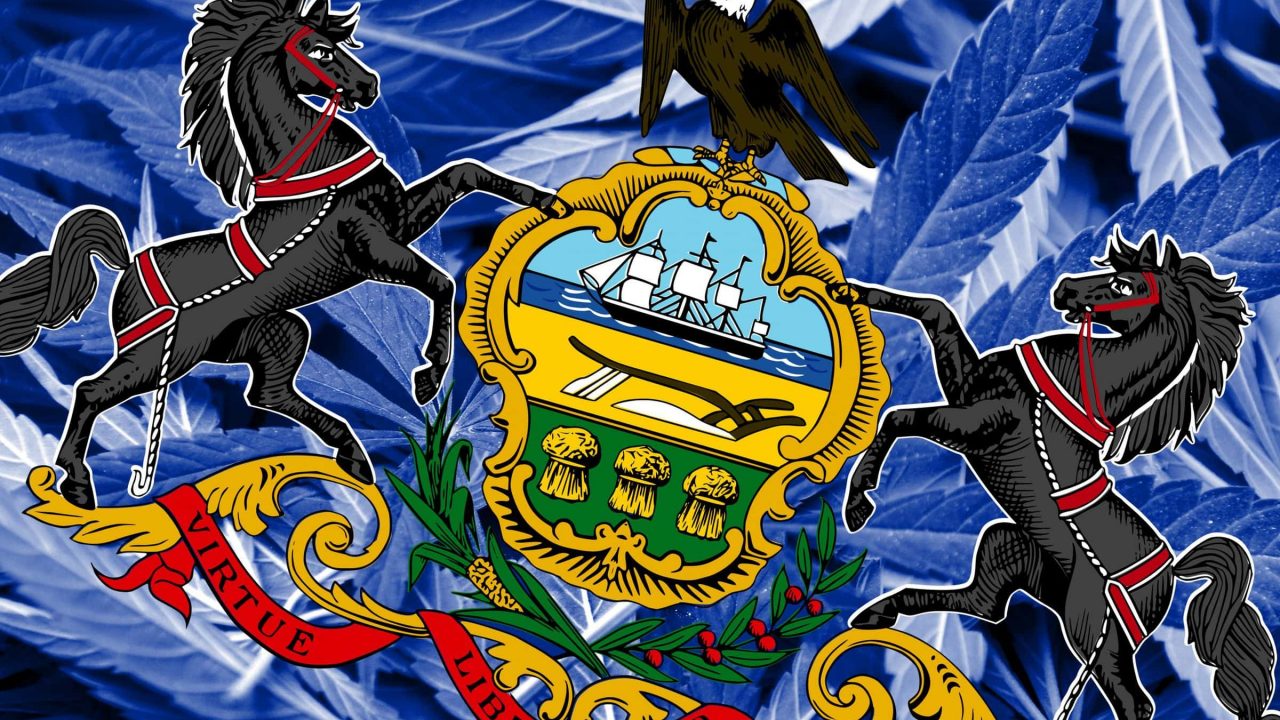 Democratic Lt. Gov. John Fetterman of Pennsylvania is raising the ire of Republican lawmakers with his choice of decor for the state capitol in Harrisburg. After hanging flags supporting cannabis legalization and LGBTQ+ rights from his office balcony, legislators included a provision in a budget measure last month that specifies which flags may be flown from the capitol building.

Under the legislation, only certain flags, including the American flag, Pennsylvania state flag, and the POW/MIA remembrance flag, may be flown at the state capitol. Fetterman’s Pride flag and a banner emblazoned with a cannabis leaf are not authorized.

A spokesperson for Republican House Majority Leader Kerry Benninghoff would not confirm that the new rules were passed because of Fetterman’s flags, saying only that “it has to do with providing for uniformity and decorum for what is displayed on the outside of the Capitol.”

When a reporter informed Fetterman of the new law, he said he wouldn’t be taking the flags down until lawmakers passed legislation guaranteeing protections from workplace discrimination on the basis of sexual orientation or gender identity as well as a bill to legalize the recreational use of marijuana for adults.

“I would be delighted to take them down if they give us that,” Fetterman said. “That’s the reason I’m flying them.”

But so far, Republicans in the state legislature have blocked progress on both issues, so Fetterman flies the LGBTQ+ flag in June for Pride Month and the pot leaf flag all year.

“Are they going to send the gay pride police to come and seize them? I didn’t know we had that division in the state police,” Fetterman said.

It’s simple to get rid of my flags:

Fetterman’s support for marijuana legalization has also garnered attention on a national level. In an op-ed published by the Washington Post this week, Fetterman decried the Democratic Party’s stance on cannabis policy reform. After asserting support for legal cannabis businesses in 2016, this year’s party platform seemed like a step backward to many. Democrats now take a less progressive stance that favors letting states take the lead on legalization, a position more palatable to President-elect Joe Biden.

“One group doesn’t seem to be keeping up: the Democratic Party. Its platform on weed is now officially and politically to the right of the state of South Dakota,” Fetterman wrote, referring to the midwestern state’s legalization of adult-use cannabis in last month’s election. “I’m in the camp that says that if you’re to the right of South Dakota on anything, you should use that as a moment to recalibrate your core values.”

“Democrats’ historical and current platform on weed is cowardly and on the wrong side of history,” he continued. “We have known for decades that Black and brown communities are disproportionately prosecuted and harmed, but the federal government and many states haven’t done anything to stop it.”

In his closing, Fetterman noted that many are convicted of minor marijuana offenses while much riskier behavior is allowed under state law.

“In Pennsylvania and in most states, it is perfectly legal to wake up in the morning, smoke a carton of Marlboros, chug a fifth of vodka, take a pinch of Copenhagen, pop an OxyContin and gamble away your entire life savings in a state-approved casino,” Fetterman wrote. “But get caught with marijuana, and you’re branded a criminal for life.”