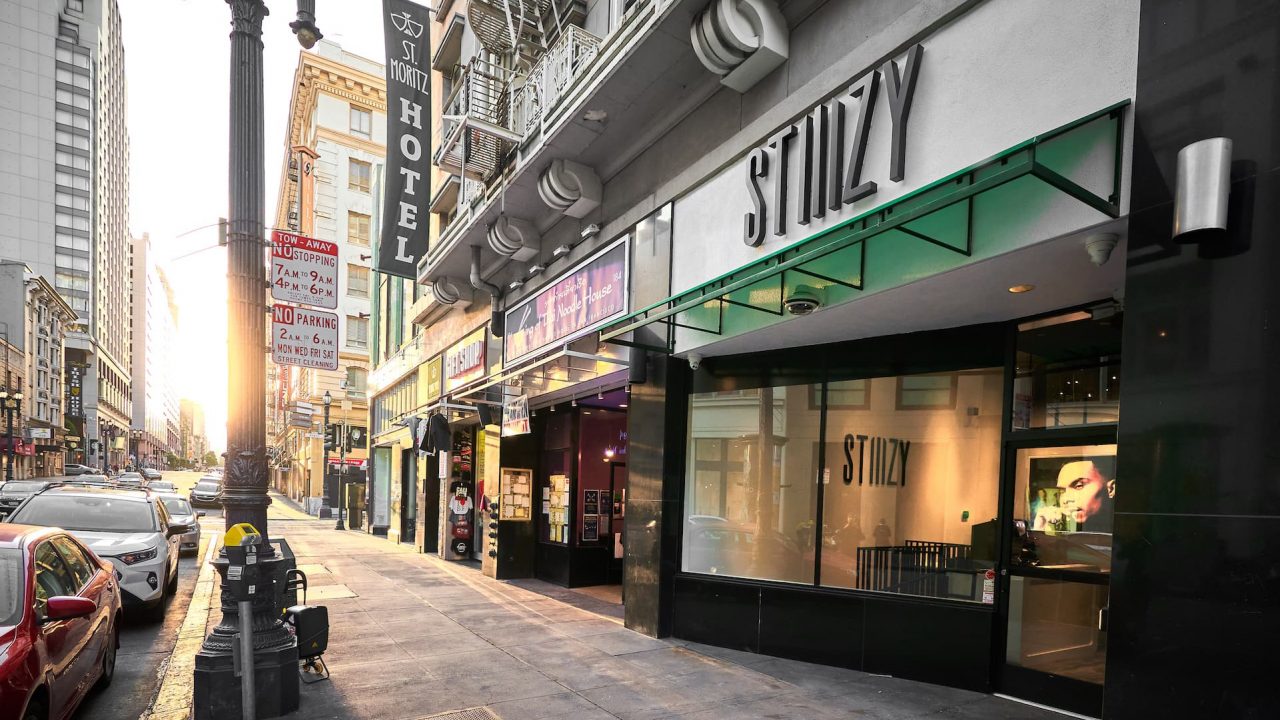 The smoke has cleared on the 2020 election, and one thing has come into focus: California’s cannabis multitudes can expect more stores in more corners of the state in the coming months and years than ever before. California is slowly bringing water to its cannabis deserts.

The year’s local vote sweep is another beat in the rhythm of reform—a rhythm so slow you might miss it.

In San Francisco on Oct. 9, the vape brand STIIIZY held a grand opening for its new retail shop in the city’s coveted Union Square downtown shopping district. The store is at 180 O’Farrell Street, between Powell Street and Stockton Street.

STIIIZY Union Square San Francisco’s interior. (Courtesy STIIIZY)K Street Consulting’s Max Mikalonis, a leading statewide lobbyist and licensing expert, is “definitely optimistic” that more retail access is coming to the state. “But I would temper that optimism with the acknowledgment that it’s going to take time for many of these stores to come online.”

California’s lethargic business development pace applies doubly to cannabis. Prop. 64 put cities and counties in the driver’s seat—they can totally ban all cannabis businesses. Most did so at the outset of legalization, creating so-called “cannabis deserts” without any legal outlets for hundreds of miles.

Three years of legal sales convinced skeptics the sky would not fall, said Ellen Komp, deputy director of California NORML. She tracked the local measures in a voter guide for the state’s 482 cities and 58 counties.

“It takes a while for locals to figure out where to zone things. They want to wait and see the process,” she said. “It’s just like the end of alcohol prohibition. There’s still some dry counties in the US.”

“It doesn’t have the fear attached to it anymore. No news has been good news,” he said. “It’s like gay marriage. Almost everyone knows someone who uses cannabis. It’s become normalized and bipartisan.”

Prop. 64 has been a mix of successes and lessons learned over the past three years since sales began, experts said.

“Were there hiccups? Yes. You couldn’t get it all done at once,” said Bradley at the consumer group. “Prop. 64 was not passed to make a robust industry that was making lots of money. It was passed on social justice reasons. From a voter and consumer perspective, it’s been an all-caps success.”

On business, onerous federal illicit drug taxes can equal 70-80%. That gets passed onto consumers. Cities further gouge buyers with regressive cannabis sales taxes of 10%, 15%, even 20%. Both levies fuel the street market.

High taxes are the number one consumer complaint of Prop. 64, said Komp. “It’s one big reason the illicit market continues so thoroughly. And it makes it difficult for businesses to make it. I don’t know anybody in cannabis who is making any decent money; in fact the opposite.”

“California was always going to be a tough nut to crack, because we had such a pervasive illicit market, and because we supply cannabis to most of the country.”

After the election, voters’ new job

With the 2020 election in the books, state residents must advocate locally for lower taxes and less bureaucracy, said Bradley. Forty-page applications and two-year waits lock out small businesspeople.

“History is written by the people that show up,” Bradley said. “You can’t just be a keyboard warrior.”

“If they really want legal cannabis in their community they need to get active…”
Max Mikalonis, K Street ConsultingJoin with other consumers to watch city meeting agendas, comment cogently for local stores, low prices, and lounges, said Komp. California NORML made a local action toolkit to stay engaged.

Represent your values at the community level, said Mikalonis. “If they really want legal cannabis in their community they need to get active and stay active and keep an eye out on what their local city council is doing and what they are proposing,” he said.

David Downs directs news and lifestyle coverage as the California Bureau Chief for Leafly.com. He’s written for WIRED, Rolling Stone and Billboard, and is the former cannabis editor of the San Francisco Chronicle, as well as the author of several cannabis books including ‘Marijuana Harvest’ by Ed Rosenthal and David Downs. He co-hosts The Hash podcast. TW: @davidrdowns | IG @daviddowns