New PTSD study finds cannabis safe, but not as effective as assumed 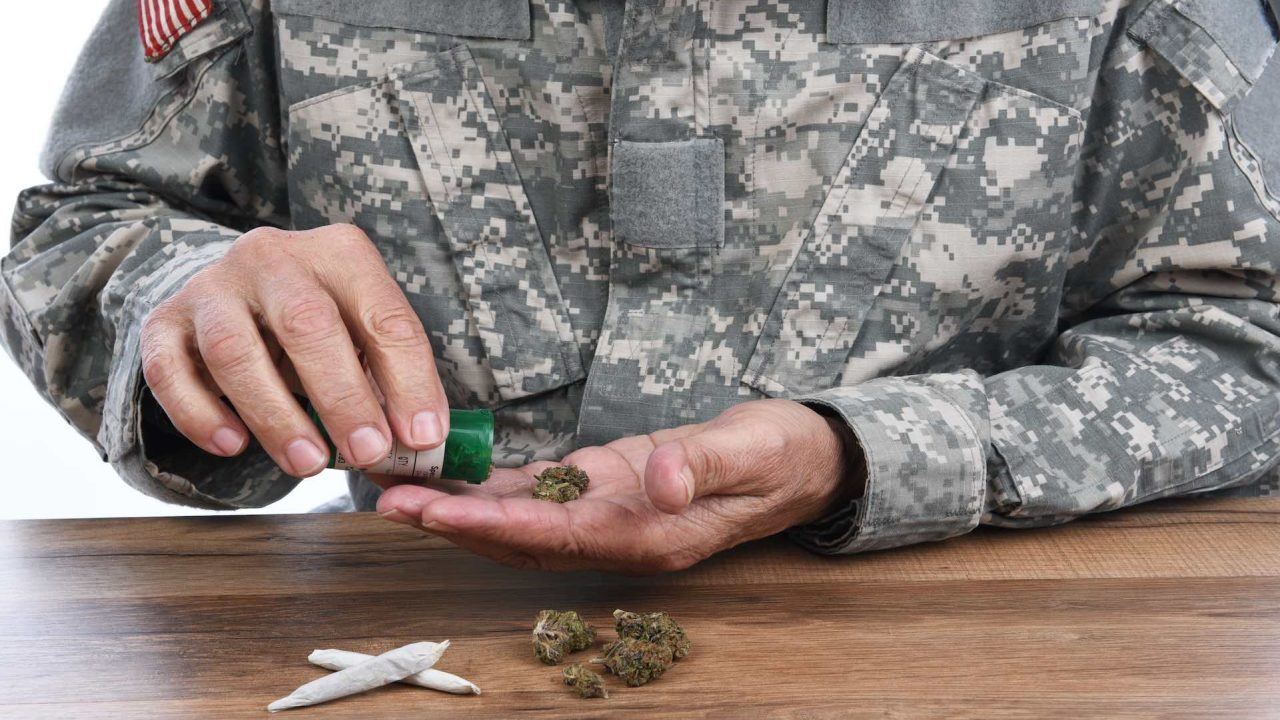 New PTSD study finds cannabis safe, but not as effective as assumed

Preliminary results from a long-awaited study indicate that cannabis appears to be a safe and well-tolerated treatment for patients managing post-traumatic stress disorder (PTSD), although researchers did not find strong signals of effectiveness.

The study, led by Marcel Bonn-Miller of the University of Pennsylvania and Sue Sisley of the Scottsdale Research Institute, was funded by a $2.2 million grant from the Colorado Department of Public Health and Environment (CDPHE) to the Multidisciplinary Association of Psychedelic Studies (MAPS). Researchers fought for seven years to obtain approval to conduct the study, and it took three more years to carry it out.

For years, many military veterans have used medical marijuana to manage the symptoms of PTSD. It has been extremely difficult to study the effectiveness of cannabis for PTSD, though, because of federal prohibition and the many roadblocks specifically established to discourage the study of the potential positive health benefits of cannabis. Sisley fought for years to get this study approved, and then struggled to obtain government-approved cannabis of sufficient quality to carry out the research.

76 veterans in the study

The study involved 76 military veterans with PTSD, mostly men between the ages of 24 and 77. Bonn-Miller and Sisley established a two-phase study; the results of the first phase were published in this week’s PLOS One paper.

In the first phase, the 76 veterans were divided into four cohorts. One group self-administered cannabis with 12% THC over three weeks. Another group received an 11% CBD product with minimal THC. A third group received a balanced THC-CBD product, with roughly 8% THC and 8% CBD. A fourth group received a placebo with almost zero active cannabinoids.

Participants were given 1.8 grams per day for 21 days. That’s about the amount of cannabis contained in two to three joints. After three weeks, the subjects stopped consuming cannabis completely for two weeks. Then they were re-randomized in the four cohorts.

Related
For Veterans With PTSD, Medical Marijuana Can Mean a Good Night’s Sleep

Researchers found little statistical difference between veterans who took the placebo and those given the THC and CBD mixtures. In fact, nearly half of the veterans who received a placebo believed they had been given active cannabis. The study’s authors cited “several confounding factors” that may have contributed to these results.

The study sample included participants with a history of cannabis use. The recruitment of active cannabis users might have increased the potential for biased responding. Given the topical nature of the current trial and its relevance for public policy on medical cannabis, participants might have been biased to report positive effects regardless of condition.

Despite many participants already having experience with the drug, nearly half of those receiving placebo believed that they received active cannabis. Prior expectations about cannabis’ effects might explain why even those in the placebo condition reported larger than average reductions in PTSD symptoms after only 3 weeks of treatment.

Poor quality of government cannabis could be a factor

Rick Doblin, executive director of MAPS, the organization that facilitated the study, noted that “the difference between anecdotal reports” of the effectiveness of cannabis for PTSD “and these results may be the quality of the marijuana.”

The cannabis in the study’s first part was supplied by the National Institute on Drug Abuse (NIDA), which has the only license in the U.S. for the production of cannabis used in federally-regulated clinical trials.

The quality and potency of that research cannabis has been a major point of contention over the years. NIDA-supplied cannabis has been notoriously awful—some of the lowest-potency and poorest-quality marijuana to be found anywhere in North America. It took years for NIDA to begin growing strains that even approached commercial grade. And even then the agency fell short. A 12% THC strain is roughly half the potency of the product sold in most medical and adult-use dispensaries in 35 states today. When the research team tested the cannabis sent by NIDA, even the 12% strain came up short. It tested at only 9% THC.

Early on in the study, criticism over the poor quality and low potency of the NIDA-supplied cannabis prompted Johns Hopkins University to withdraw from the multi-year clinical trials. Despite criticism from cannabis researchers and some Congressional lawmakers, NIDA maintains a government monopoly on all cannabis used in federally-approved cannabis research.

“Higher quality cannabis flower suitable for Food and Drug Administration (FDA) approval is currently unavailable domestically due to restrictions on production imposed by the U.S. Department of Justice and Drug Enforcement Administration and must be imported,” Doblin said.

Moving on to the next phase of research

Sue Sisley, a medical doctor, president of the Scottsdale Research Institute and the study’s principal investigator, is moving ahead with the next phase of the study, with higher-quality and higher-potency imported cannabis. That cannabis is available to adults and patients in any of dozens of states, but federally-approved researchers can’t use it because of federal prohibition. So it must be imported from outside the United States.

“Despite the absurd restrictions federal prohibitionists have placed on research for more than 50 years,” said Sisley, “we are squarely focused on launching further Phase 2 trials with imported cannabis of tested, higher potency, fresher flowers that will provide a valid comparison for the millions of Veterans and others with PTSD who are looking for new options.”

According to MAPS, about 6% to 10% of the general population, and up to 31% of U.S. veterans, has experienced some form of PTSD. Veterans groups advocating for more access to cannabis, meanwhile, are applauding the newly-published study.

“MAPS and Dr. Sue Sisley deserve a medal for the absolute intentional dysfunction they overcame to complete this study and publish its findings,” Sean Keirnan, president of the Weed for Warriors Project, said in an email to Leafly. “All someone has to do is look at the lack of quality cannabis provided by the Federal Government’s monopoly, NIDA, to understand our Government is not taking our healing seriously.”

“When science tells us cannabis is safe,” he added, “common-sense should tell everyone, cannabis is an amazing substitute for opioids, and other legal accessible substances that carry with them the side effects of addiction, overdose, and suicidal ideation. Is it any wonder why millions prefer cannabis over deadly pharmaceuticals and other harmful substances?  It simply is a safer substitute.”

Dale Schafer, a California attorney who specializes in cannabis law, and a Vietnam-era Navy veteran, pointed out that studies such as the MAPS clinical trials are necessary if there is ever to be federal approval of cannabis use for PTSD.

“However, for the multitude of veterans, and average citizens, suffering from PTSD, Stevie Wonder can see that cannabis is medically helpful and thousands of years of use show an incredible safety profile,” he told Leafly. “Let’s move quickly to Phase 3 so veterans can work with the VA directly and not have to play games like cannabis is radioactive.”

Bruce Kennedy is an award-winning reporter, editor, and producer based in Colorado. He has covered the legal cannabis industry since 2010.