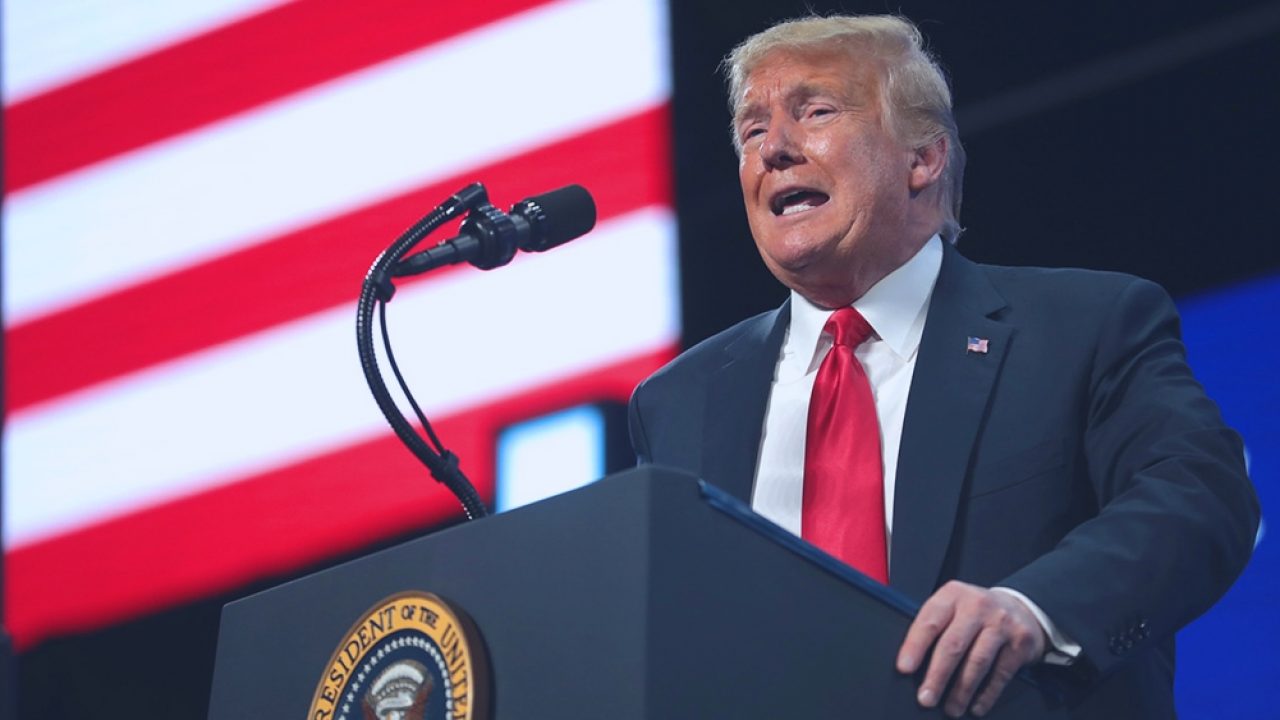 Among the pardons granted in the waning hours of his term, outgoing President Donald Trump (R) granted clemency to 11 federal cannabis prisoners, including six who were serving life sentences, the White House announced early this morning.

The pardons also include clemency for Lynn Barney who had served 35 months for possessing a firearm as a previously convicted felon after having previously been convicted for distributing a small amount of marijuana. Barney’s commutation was supported by Utah Sen. Mike Lee (R) and notable members of Utah’s business community, the White House said.

The life sentence of Ferrell Damon Scott commuted by Trump was supported by former Acting United States Attorney Sam Sheldon, who prosecuted the case. Sheldon wrote that he “strongly does not believe that [Scott] deserves a mandatory life sentence.” Scott had served nine years of his sentence for intent to distribute marijuana.

John Knock has served 24 years of a life sentence – which was imposed despite Knock being a first-time, non-violent, cannabis-only offender. Knock is now 73-years-old and completed college accounting classes during his incarceration. The press release notes that Knock “has an exemplary prison history …  and has had zero incident reports.”

Anthony DeJohn had served 13 years of his life term for conspiracy to distribute marijuana. DeJohn “has maintained a clear disciplinary record and has been recognized for his outstanding work ethic while incarcerated,” the White House briefing said.

Corvain Cooper served more than seven years of his imposed life term for “non-violent participation in a conspiracy to distribute marijuana,” the White House said. The statement notes that Cooper is now 41-years-old and a father of two girls.

Way Quoe Long, 58, had served nearly half of his 50-year sentence for a non-violent conviction for conspiracy to manufacture and distribute marijuana, the press release said, adding that “Long has spent his incarceration striving to better himself through English proficiency classes and by obtaining his GED.”

Michael Pelletier served 12 years of a 30-year sentence for conspiracy to distribute cannabis. The White House said, “Pelletier has maintained a clear disciplinary record, has thrived as an artist working with oil paints on canvas, and has taken several courses to perfect his skill while incarcerated.”

Craig Cesal was serving a life sentence for drug conspiracy related to his role in leasing tractor-trailers to cannabis smugglers nearly 20 years ago.

“Mr. Cesal has had an exemplary disciplinary record and has become a paralegal assistant and a Eucharistic Minister in the Catholic Church to assist and guide other prisoners. Upon his release, Mr. Cesal looks forward to reintegrating back into society and to contributing to his community while living with his daughter with whom he has remained close. Mr. Cesal hopes to be a part of her upcoming wedding.” – The White House in a press release

Brian Simmons had served a third of his 15-year sentence for conspiracy to manufacture and distribute marijuana. Simmons “has had an exemplary prison record and upon release will have strong support from his fiancée and his community,” the statement said.

James Romans was sentenced to life without parole for his role in a conspiracy to distribute marijuana – for which he had served more than a decade in prison. The White House said he had “an exemplary disciplinary record” and completed “a long list” of courses while incarcerated.

Jonathon Braun was pardoned after serving half of his 10-year term for conspiracy to import marijuana and commit money laundering.

Noah Kleinman, 45, had served about six of his 20-year sentence for a non-violent crime to distribute cannabis, the release stated. Kleinman has an “exemplary prison history,” the White House noted.

In all, Trump pardoned 73 individuals and commuted another 70 sentences during the early Wednesday flurry of executive clemency grants.