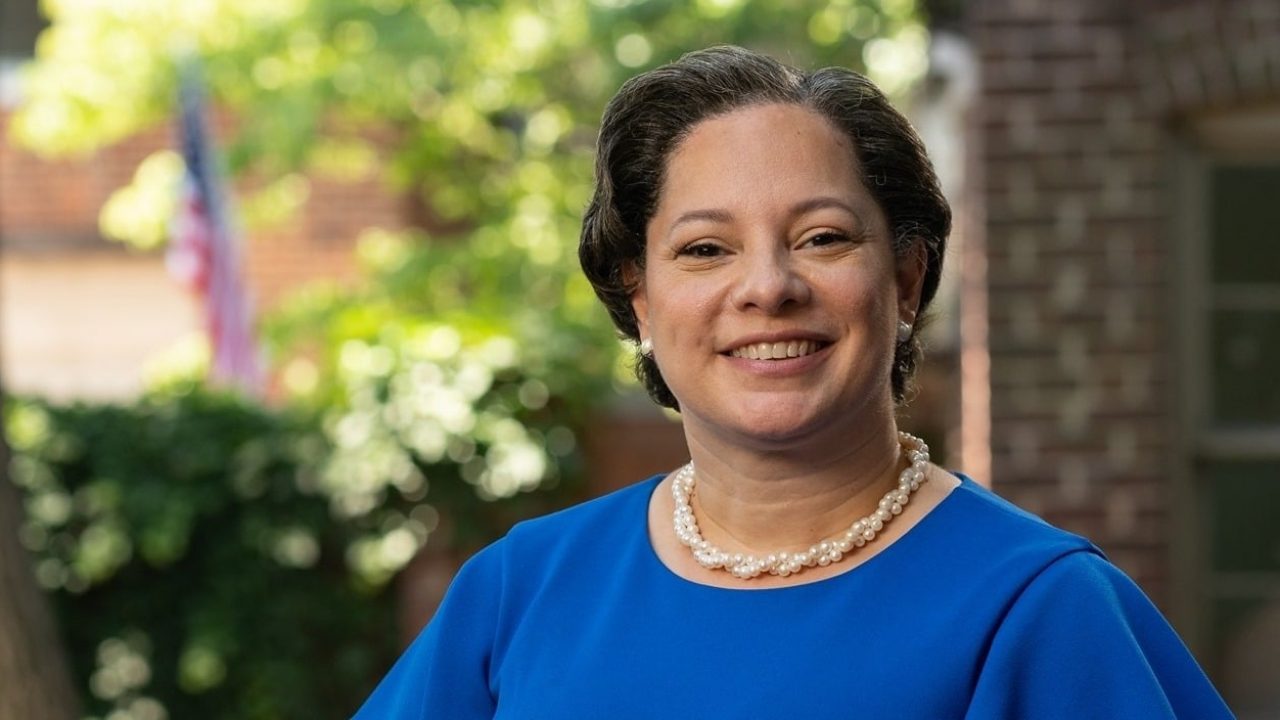 After 15 years in the Virginia State legislature, Senator Jennifer McClellan is ready to run for Governor. If elected, McClellan would become the first Black woman to be elected to the position.
McClellan brings 11 years of House of Delegates experience as representative for the 71st district, serving a region most composed of Richmond from 2006 to 2017. For the past four years, she’s represented the 9th district as a Senate member, serving the Richmond area once again.
Along the way, she’s realized that the state level is where legislative action happens—especially as of late in Virginia.
The senator said that the past two years brought about a wave of change previously not discussed in the Senate. The shift in policy is likely due, in part, to Democrats gaining control of the state legislature in 2019.
In March 2021, the state made headlines becoming the first state in the South to abolish the death penalty. Less than two weeks later saw the passage of Virginia’s adult-use cannabis laws, making it the 16th state to pass legislation.
“We’ve made generational progress on a number of issues, including cannabis, in less than two years,” said McClellan, who said the people let their voices be heard on the issues. The senator said a combination of social justice reform and economic market motivations were central to getting cannabis legislation passed.
The state plans to bring legalization about incrementally over the next four years or sooner. Simple possession and home cultivation become legal on July 1. Sales on the regulated open market expect to take effect in 2024. The bill also comes with a re-enactment clause due next year. McClellan said she is spending this year examining how states like New Jersey and New York come online with their regulations so Virginia can strengthen its bill.
Adequate Social Equity Implementation Is A Must A central motivation for Jennifer McClellan has been the hope to end the fight to stop inequality in America—a battle previous generations of her family and other Black people have fought for as well.
The senator stated that the Commonwealth and the country have “had racial inequity baked into every system.” McClellan added, “That’s something that my parents, my grandparents, my great grandparents saw every day of their lives, and I’ve been fighting my entire adult life, and I’m tired of it.” She now hopes to ensure that fight doesn’t have to be picked up by her children and others in the next generation of Black America.
McClellan emphasized the importance of not only fighting the fights but winning them. Such victories come in the form of equal access to education. The senator stated that a lack of quality education puts children on the pipeline to prison, affecting Black and marginalized communities in America.
A 2016 U.S. A Department of Justice study of prisoners and their schooling revealed that approximately 65% of inmates hadn’t received a high school diploma. Dropout rates hovered slightly above 40%. Only 23% had graduated high school. According to Pew Research Center, despite imprisonment rates dropping by a third for Black men since 2006, they remain the most likely to be imprisoned. By 2018, Black men were imprisoned nearly twice as much as Hispanic men and five times more than white men.
With the bill passed, she now sees the adequate implementation of regulations as a primary focus. Jennifer McClellan is calling for a deliberate focus on social equity components in the bill’s rollout. She considers social equity essential in helping address disproportionate harm done to brown and Black communities through cannabis prohibition.
If legislators fail to factor social equity, then “you’re just carrying forward that inequity in this new legal market,” explained McClellan.
To ensure proper implementation is achieved, Virginia passed resolution SJ 67, which calls for the state Joint Legislative and Review Commission to study the framework of legalization. The commission is tasked with recommending how the state should regulate its program across the supply chain. In November, a study of key market considerations was released, touching on licensing, municipal opt-outs and social equity initiatives.

Senator Jennifer McClellan with Vice President Kamala Harris; Image via Senator Jennifer McClellan’s InstagramJennifer McClellan Gaining Support Through The Ground Game Jennifer McClellan now has her eyes set on the open Governor position, with the election held later this year. The drive for the governorship comes, in part, from the same force that compelled her into public office in the first place. Her Depression-era parents grew up under Jim Crow laws, with McClellan calling the period tyranny. The injustices they faced and the ongoing fights for equality are joined by what she considers the government’s lack of helping people.
“The depression was the last time we saw the full force of government focusing on helping people, solving their problems and getting them back on their feet in a terrible crisis,” McClellan stated. She added that not everyone felt included in the effort. “It was also a time my parents felt like it wasn’t for everybody.”
Those experiences led her to use the governorship as an opportunity to create further good by solving the problems of Virginians and uniting the public. She believes her goal can be achieved by making a government that is for all its people. Meeting with Virginians across the state showed McClellan that citizens seem to be most concerned about who will address their problems, “because their problems are worse than they have been in a very long time,” she said.
A 2020 Hampton University and Associated Press-NORC Center for Public Affairs Research phone poll of Virginians found that 56% of respondents saw the state headed in the right direction, with 66% thinking the same of their community. However, only 28% saw the same for the country, with 70% believing it is headed in the wrong path.
The COVID-19 pandemic was the final deciding factor for McClellan to run. “We’re at the same critical crossroads right now as this country was in 1968,” she stated, noting that a rebuild of the economy, healthcare and education systems are all on tap. She said the state faces an opportunity to either go back to where it started on inequality or meet the concerns and move forward in a stronger, recovered fashion.
Jennifer McClellan faces an uphill to winning her party’s nomination, with a pool of Democratic contenders vying. In December, McClellan’s camp released poll numbers showing a majority 38% of voters undecided. Former Gov. Terry McAuliffe led actual candidates at 32%, with McClellan at 8% behind Lt. Gov. Justin Fairfax (16%) but ahead of Delegate Jennifer Carroll Foy (5%).
The numbers haven’t deterred confidence so far, with McClellan crediting her ground strategy and team as it shifted to smaller crowds and social distanced meetings with constituents. In late April, McClellan’s campaign received an additional boost as prominent California political backers Susan Sandler and Steve Phillips asked their donor network to support her bid for Governor.