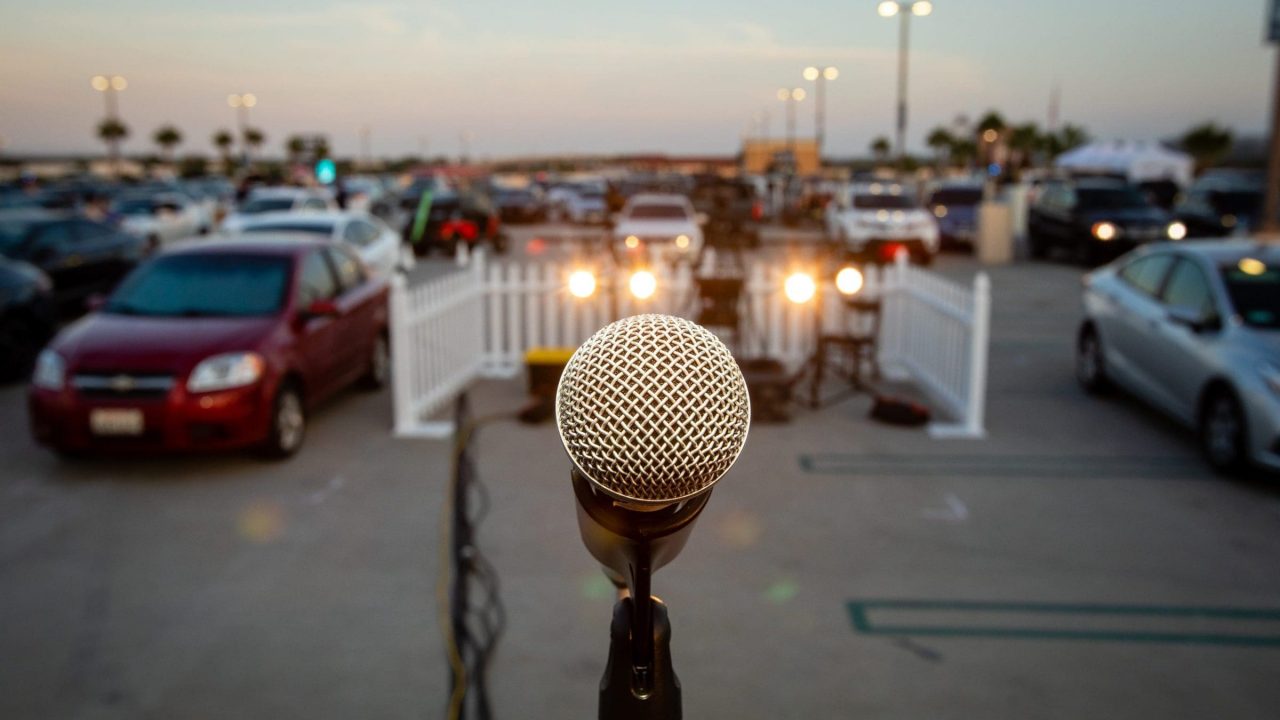 The vaping brand Puffco announced Tuesday a partnership with a Los Angeles comedy institution to produce a series of events in the shadow of an iconic southern California venue.

Later this month, Puffco will team up with The Comedy Store for three “drive-up comedy shows” in the parking lot of the Rose Bowl. On March 26 and 27, “Puffco Presents The Comedy Store Drive In” will feature acts from a host of marquee marquee comics, including Bill Burr, David Spade, Whitney Cummings, Jeff Ross, Fortune Feimster, Donnell Rawlings, and Iliza Shlesinger.

The last year has been a painful period for the world of stand up comedy, with the COVID-19 pandemic upending live entertainment and forcing many venues to shutter. Laws in many states and counties continue to impose restrictions on the type of large-scale indoor gatherings that used to be the norm at places like The Comedy Store, a famed club located on the Sunset Strip in West Hollywood.

Known as “The Store” to its regulars, the club was opened in 1972 by Sammy and Mitzi Shore, and Rudy De Luca, and has since established itself as a launch pad for many of the great careers in comedy.

Puffco is also native to Los Angeles. Established in 2013, the company bills itself as a “vaporizing innovator,” with “award-winning vape designs and advanced cannabis concentrate technology.” On its website, the company says it was started after CEO Roger Volodarsky “decided he wanted more than what the industry standard could provide.”

A press release on Tuesday says that Puffco and The Comedy Store “conceived these socially responsible, COVID-compliant shows as a way to help aid the live events industry during the pandemic.” Aiming to alleviate any COVID-related anxiety, the release says that Saturday and Sunday events “will be a touch-free experience, from ticket scanning to ordering from food trucks, and guests will be parked in socially distanced parking spaces to enjoy the shows from inside or in the bed of their vehicles.”

“Puffco Presents The Comedy Store Drive In provides a safe way to experience a form of normalcy that we haven’t seen in a long time,” Volodarsky said in a statement. “This past year has been a heavy shared trauma for all of us. We wanted to create a moment to be around others, laugh, and escape that reality for a bit. It’s something to get excited about and look forward to.”

Cummings and Feimster will appear on March 26, along with Steve Rannazzisi, Brian Simpson, Jesus Trejo, Justin Martindale, and Jessica Michelle Singleton. The following day will see a pair of shows, beginning at 6pm and 9pm respectively. Shlesinger and Ross will perform at the early show, along with Erik Griffin, Frank Castillo, and Candice Thompson. The late show will see Spade and Burr joined by Ian Edwards, Lara Beitz, and Nicole Aimee Schreiber.

All attendees must be at least 21 years old, and parking will be determined on a first-come, first-serve basis. One general admission ticket will run you $200, but it’s good for four passengers.