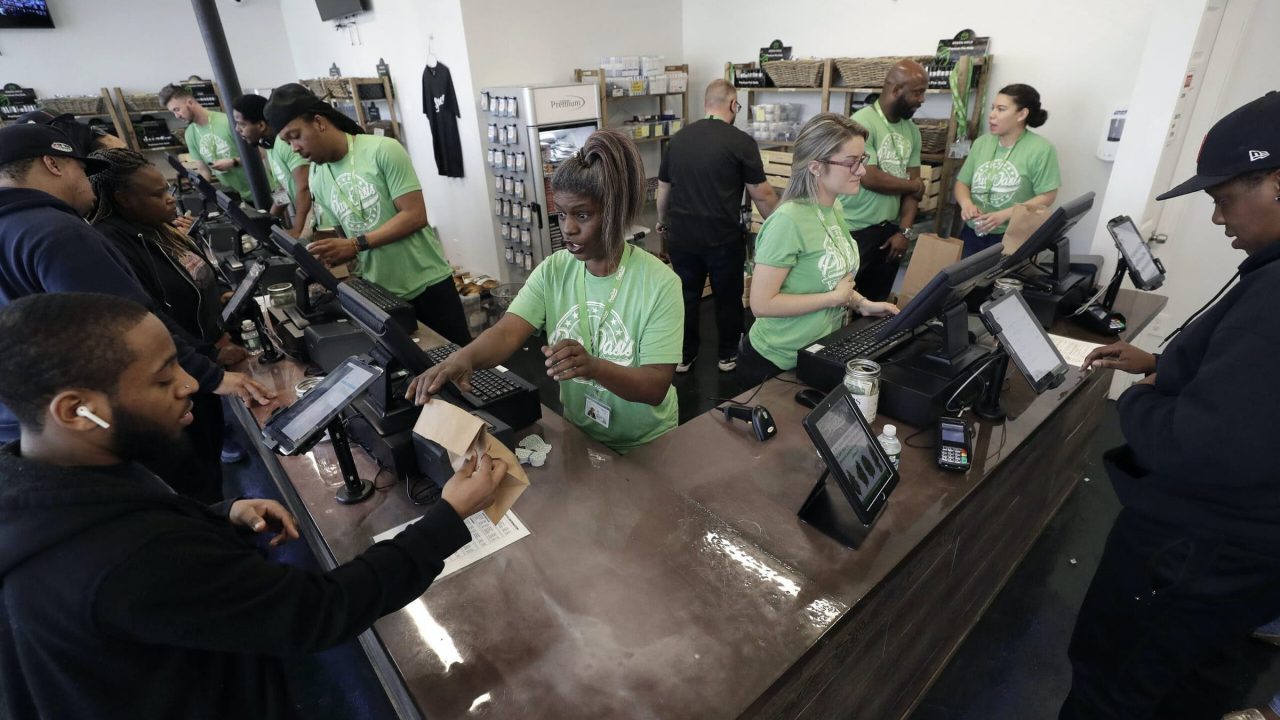 Nearly two years after legalizing the possession of marijuana for all adults, the Vermont legislature yesterday passed a bill that will finally allow the state’s first licensed retail cannabis stores to open no later than May 1, 2022.

If Gov. Phil Scott signs the bill, Vermont’s first retail cannabis stores will open by May 1, 2022.

With a vote of 23-6, the Vermont Senate adopted S. 54, the Senate version of a bill passed last week by the House. The bill now goes to Gov. Phil Scott.

On Tuesday, Scott said he will “take a look” at the legislation when it reaches his desk before he decides what to do. His choices include signing the bill, vetoing it or allowing it to become law without his signature. Scott is widely expected to sign it.

State Sen. Dick Sears, who led the effort to pass the bill in the senate, said the final version of the measure brought a number of his colleagues on board.

“A lot of folks who voted no in the past voted yes today,” Sears told the Bennington Banner. “I am hopeful the governor will sign the bill and move Vermont on its way to a safer and regulated market for cannabis products.”

Use Leafly Finder to locate cannabis dispensaries near you

Fixing Vermont’s “legal to possess, but not to buy” problem

Vermont became the first state in the nation to legalize cannabis via the state legislature, back in Jan. 2018. But that legislation only allowed adults 21 and older to grow, possess, and consume. There were no provisions for retail stores. So the state’s 625,000 residents were left to grow their own supply, sneak over the state line to buy in Massachusetts’ legal stores, or purchase on the illicit market.

Medical marijuana is currently legal in Vermont, and dispensaries are open for those with a state-issued medical card.

The 2018 law ended the criminalization of cannabis possession, but it also effectively boosted the state’s illicit market and forced legal consumers to become illegal purchasers.

The new law solves that problem—but it’ll take time. The legislature has established a Cannabis Control Board that’s required to start the rulemaking process no later than April 1, 2021. In other states it’s typically taken six to 12 months from rulemaking to full retail opening. The new law requires the Board to adopt its final rules for retail stores by March 1, 2022. The first stores must open on or before May 1, 2022.

The state legislature has published a full timeline of Vermont’s retail rollout.

Delivery services aren’t specifically allowed or prohibited by the new law. The Cannabis Control Board is directed to advise the legislature about allowing delivery no later than Jan. 15, 2022.

Expungement written into the law

The new law requires the state’s criminal courts to expunge all criminal justice records for low-level marijuana possession or cultivation. That process must be completed by Jan. 1, 2022. For more information about whether your past record qualifies for expungement, see Marijuana Policy Project’s in-depth look at the new law.

Starting on Jan. 1, 2021, job applicants and others applying for licenses, public assistance, etc., may legally deny the existence of any past low-level marijuana arrest and/or conviction.

Like most other legal states, Vermont maintains a possession limit of one ounce of cannabis flower for all adults. Those found with a heavier bag will now face lesser penalties, however.

An adult with more than one ounce, but less than two ounces, will face a civil fine of only $100 for a first offense. It’s $200 for a second offense, and $500 for each offense thereafter.

Lower limits on edibles and concentrates

The new law sets potency limits on certain products. Cannabis concentrates may contain no more than 60% THC, and flower can’t top 30% THC. (The flower limit isn’t that meaningful, as it’s biologically impossible for cannabis flower to go much past 35% THC. It’s a plant, after all, and there’s got to be room for things like vascular tissue, lignin, sucrose, and all the things that make up, you know, the plant.)

Flavored THC vape cartridges are not allowed, although flavors that occur naturally in cannabis—expressed through terpenes like pinene and limonene—are okay.

Medical marijuana will remain tax-free for patients with a state med card. Adult-use cannabis will be taxed at 20% (Vermont’s 6% statewide sales tax, plus a 14% cannabis tax).

A better way to regulate the plant

Vermont legislators were largely satisfied with the compromise bill sent to the governor’s desk.

“Vermont has been recognized for a decade now as being at the top in virtually every category of per-capita [cannabis] consumption while it has been sold in an underground market,” state Sen. Joe Benning told the Brattleboro Reformer. “We need to get hold of this as much as we possibly can. Is this the cure-all? Certainty not. This process continues. This is not waving of magic wand in which all this is resolved.”

Some of the upper chamber’s more progressive members, though, were disappointed that the bill failed to do more to address systemic racism and protect local small cannabis farmers.

“Systemic racism is not about animosity or superstition,” state Sen. Dick McCormack told the Reformer. “It’s about the negative racial impacts of policies and practices in our system. Failure to address these racial impacts is a sin of omission.”