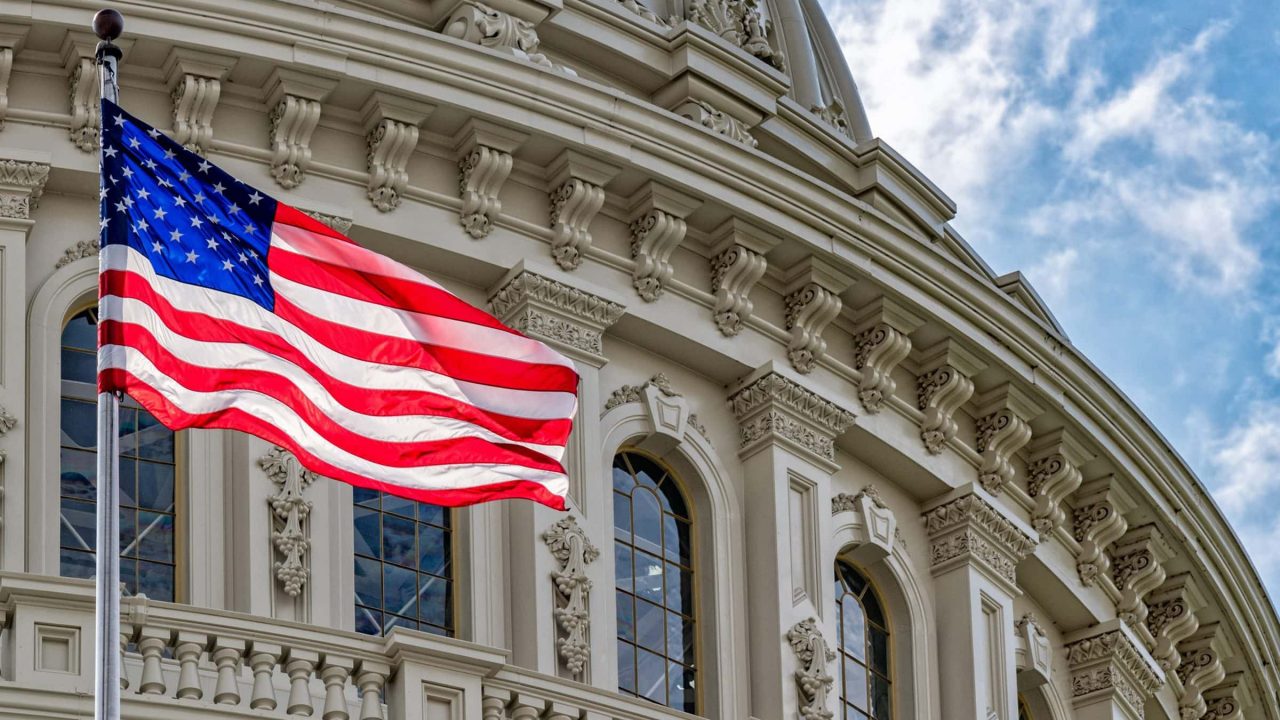 Which Congressional Cannabis Act Could Have the Most Substantial Impact?

Nearly 50 pieces of cannabis legislation have been introduced during the 2019-2020 legislative session of the U.S. Congress. These various bills, amendments, resolutions and laws represent a busy year for marijuana activity on Capitol Hill. While many have been introduced, much remains the same. With only the House of Representatives appearing remotely close to voting on anything, cannabis regulations aren’t likely to move at all before Election Day 2020.
That said, several pieces of legislation could advance rules in critical areas from law enforcement to access. Sources tell High Times that of the proposed pieces of legislation, two stand out among the rest for their ability to influence America.
The SAFE Banking Act H.R.1595, better known as the Secure And Fair Enforcement (SAFE) Banking Act of 2019, was for some time in 2020, the most discussed and likely to pass piece of legislation cannabis has seen in ages.
If passed, the bill would provide protections to banks, allowing institutions to work with the cannabis industry without fear of federal repercussions. The bill provides assurance to marijuana and hemp operators who continually face rejections from banks. Even when accepted as a customer, numerous operators have found their accounts shut down once the bank became aware of the operator’s business.
Hans Enriquez, CEO of Dazed Inc. cannabis brand, stated that the SAFE Banking Act would be the most substantial piece of legislation for the industry. Enriquez highlighted the cannabis industry’s ability to bank like any other industry as the most substantial bill aspect.
While stating that the act alone won’t remedy every issue, Enriquez notes that lawmakers appear open to reform beyond banking. Discussing activity in his company’s home state of Texas, Enriquez said: “I believe some Republicans are beginning to see the writing on the wall in the form of tax dollars.”
Enriquez cited Texas Agriculture Commissioner Sid Miller’s recent show of support for expanding the medical program as a possible indicator of things to come soon enough.
The MORE ActH.R.3884, also known as the Marijuana Opportunity Reinvestment and Expungement (MORE) Act of 2019, has received its share of considerable buzz. Much of the discussion focused on the bill’s wide-reaching effects on the market and U.S. citizens. If passed, the MORE Act would expunge federal cannabis offenses while providing additional protection to individuals who consume cannabis while seeking federal public benefits.
The bill would also ensure that individuals were not denied immigration law protections due to cannabis use in its current form. Beyond criminal justice reform, the act would impose a 5% federal cannabis tax, make banking accessible to the industry and establish a fund for programs in communities most affected by the drug war, among various other changes the bill would provide.
Michael Wheeler, vice president of policy initiatives for California-based brand Flow Kana, said the passage of the MORE Act would be the end of federal prohibition. “The MORE Act will have a significant impact on the cannabis industry resulting from the cascade of decriminalization that occurs as cannabis is removed from the Controlled Substances Act.”
Wheeler stated the House passing the MORE Act would serve as Congress viewing cannabis as a critical component to the ongoing criminal justice reform initiatives taking place across the country.
If passed, the VP said the industry must understand it has to rise to the occasion alongside lawmakers. “Perhaps most importantly, the cannabis industry must comprehend that Congress expects, through the MORE Act, that growth and expansion of the cannabis industry must be an engine for social justice and social equity goals.”
Liz Westbrook, a government relations senior advisor at the firm Buchanan Ingersoll and Rooney, also views the MORE Act as the most significant piece of marijuana legislation in motion today. “MORE would federally deschedule cannabis, which would be just about the biggest thing you could do to appease all factions of the cannabis industry from medical to adult use,” said Westbrook.
The act gained the support of Democrats in the House of Representatives, culminating in an August announcement that the House would vote on the bill when the legislative session resumed in September. As the day approached, the act continued to gain momentum, garnering growing support across the aisle. However, as the vote came closer to a head, vulnerable Democrats began to fret over the bill, leading to in-fighting over the bill’s potential risk. On September 19, a week before the vote, moderate concern won out as the bill’s vote was punted to the lame duck session after the November election.
Even if delayed, the MORE Act’s passage remains likely in the House, if it ever comes to a vote. However, most see the vote as historic but nothing else. The bill is all but certain to never reach a vote in the current Senate, where Majority Leader Mitch McConnell serves as an ardent opponent of marijuana reform.
Other Acts Worth WatchingDozens of bills sit in various stages of progress on Capitol Hill. Morgan Fox, media relations director for the National Cannabis Industry Association, noted that bills aimed at research and Veteran access show some signs of progress.
“These would all be positive steps forward, but the MORE Act is by far the most comprehensive of these and would do the most for both the industry and the people who have been disproportionately harmed by prohibition,” Fox said.
Like all other respondents to this article, Fox agreed that no singular act is enough to address the robust concerns in the cannabis space and the affected areas it touches. He said, “I don’t think we can say that [the MORE Act] would adequately address the problems faced by the industry or impacted communities, since there is still a lot of work to be done on the state level and at the federal regulatory level, but it would be a huge step in the right direction.”
Those looking to advance the MORE, SAFE Banking or other cannabis acts are encouraged to call their elected officials, as well as considering joining local or national advocacy groups.